Is a Durango Hellcat in the works?

Dodge is getting ready to reveal its 2021 line-up and there is expected to be some big news on the performance front, according to a new teaser.

Dodge is expected to continue its transformation from mainstream to muscle as it moves into the 2021 model-year, a strategy it directly hints at with a new teaser video it is releasing today.

Exactly what might be in store is uncertain, though there is widespread speculation that we could see improvements in the performance of its already formidable products, such as the Dodge Challenger Hellcat Redeye, and perhaps still more high-performance variants.

The teaser is unusual in that it is basically nothing but an audio track. “The sound of a screaming supercharged HEMI is so distinctive that this teaser video doesn’t need a single image … if you know, you know,” said Tim Kuniskis, the head of passenger cars for Fiat Chrysler North America.

The unconventional rendition of “The Star-Spangled Banner,” using sounds of the iconic supercharged  Hellcat and Redeye V-8s comes just in time for the holidays. But Dodge plans to reveal still more of its 2021 plans, with full product details to come on July 2.

(Jeep to get Wrangler Hybrid in 2021, FCA CEO Manley confirms.) 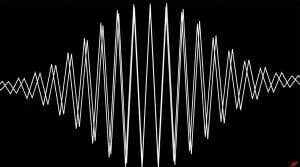 “If you listen closely, and we know our fans will, you will get a taste of what’s coming for Dodge//SRT in 2021,” Kuniskis added. “We think our fans will pick up on a few key notes.”

Currently, Dodge offers five distinct product lines – along with an array of variants. These include three performance models, the Challenger coupe, Charger sedan and Durango SUV. There’s also the aging Caravan minivan, as well as the smaller Journey SUV, though company officials have suggested these two product lines might eventually go away.

Expectations are that whatever news is revealed later this week will focus specifically on Challenger, Charger and Durango.

(How did Dodge become the highest-quality brand in the U.S.? FCA’s quality chief reveals the inside story.) 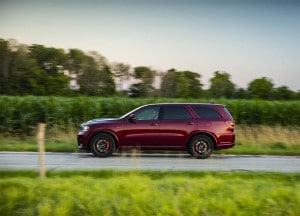 There’s speculation we could see big news for the Dodge Durango, possibly including a hybrid or a Hellcat edition.

There has been plenty of speculation about what that could mean. Among the various suggestions floating around on dedicated fan sites: everything from a hybrid version of the Durango to a version making use of the supercharged 6.2-liter V-8 found in the Charger and Challenger Hellcat models.

Oddly, the Hellcat engine has been used for the Jeep Grand Cherokee Trackhawk, but in not in the Dodge version of that SUV. But the MoparInsiders website claims there now will be a Dodge Durango Hellcat that will get”the 6.2-liter supercharged V-8 engine (which) will be rated at 707 horsepower and 645 lb.-ft. of torque. Currently, the (Jeep) Trackhawk can do 0-60 mph in 3.5 seconds, the quarter-mile in 11.6 seconds, and has a top speed of 180 mph.”

We’ll have to wait a few more days to find out if this proves accurate – and to see if there is more news impacting the rest of the Dodge line-up, the Charger and Challenger, in particular.