Mitsubishi May Scale Back U.S. Presence

CEO wants to back away from dependence on “megamarkets.” 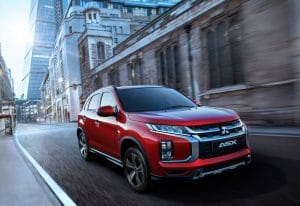 Mitsubishi Motors is still looking to get its footing in the U.S., although sales were up 2.5% last year.

Construction has finally wrapped up but the new office complex in Franklin, Tennessee remains largely empty, like other companies across the U.S., Mitsubishi Motors North America’s move to its new headquarters held up the coronavirus pandemic.

But that’s not the only challenge hanging over plans for the new facility – which was meant to bring MMNA closer to the U.S. headquarters of Nissan – the bigger Japanese automaker that holds a controlling stake in its alliance partner. Mitsubishi Motors Corp. posted a net loss for the fiscal year ending last March and the long-struggling automaker is rethinking its global strategy, a move that could see it scale back operations in North America.

“Even though we increased sales volume in the megamarkets, we have not yet achieved the level of profit we expected,” MMC Chief Executive Takao Kato told investors during the company’s annual shareholders meeting. “We aim to increase sales in the regions where we can offer our core products. We will gradually reduce our commitment to megamarkets.”

While Kato did not specifically outline plans for “megamarkets,” company officials later told Automotive News that North America is one region that could be impacted. 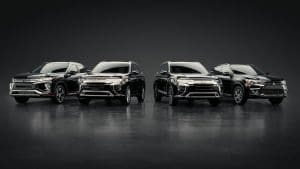 One of the hot import brands in the 1980s and 1990s, Mitsubishi’s fortunes began to fall apart as the new millennium approached. In the U.S., the automaker’s fixation on volume led it to launch a series of programs targeting young buyers who otherwise might not have had the resources to buy a new vehicle. The program, which postponed car payments for as much as a year, did generate sales but a significant number of customers handed back the keys when it was time to start coughing up cash.

Other bloopers pushed Mitsubishi deeper and deeper into a hole to the point that it faced collapse had Nissan not come up with a bailout bid in 2016.

Since then, MMNA has targeted two regions under its Drive for Growth strategy, China and North America. At one level, the effort has worked, U.S. sales climbing to 121,046 last year, a 2.5% year-over-year increase.

“Sales figures are obviously one key metric for any brand, and by that measure, 2019 was a year of great success and growth at MMNA,” Fred Diaz, former president and CEO, MMNA, said earlier this year. Diaz was replaced by Yoichi Yokozawa in late March. 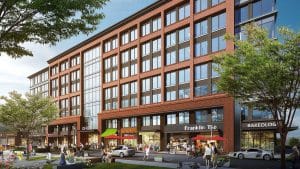 But not everyone has been celebrating. The focus on volume growth hasn’t paid off on the bottom line, as global CEO Kato noted. It didn’t help that sales in the broader North American market haven’t fared as well – dropping 8% during the recently ended fiscal year, to 160,000.

And North America isn’t the only major region where Mitsubishi continues to struggle, European sales dropping 9% during the same period, while demand in Southeast Asia was off 9%.

What a retrenchment in North America might mean is unclear. The current Mitsubishi line-up is already a thin one, with three SUV models, the Eclipse Cross, Outlander and Outlander Sport, as well as a single sedan model, the Mirage. The sports cars and other sporty passenger car models that once defined Mitsubishi are long gone.

What’s clear is that the U.S. wouldn’t be the only place to feel some pain. Company executives, in fact, saw their pay cut by nearly half back in April, performance-based pay eliminated entirely.

More broadly, “We will cut costs in a variety of areas, including capital expenditure, R&D, advertisement, indirect labor and general expenses to reduce fixed costs.” 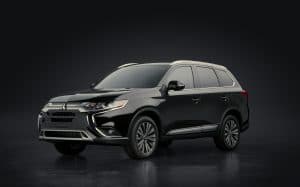 Mitsubishi’s NA line-up is thin, with just four vehicles, including the 2020 Outlander.

His goal, under the new “Selection and Concentration” corporate strategy will target a 20% reduction in global fixed costs, about $928 million, through the fiscal year ending March 31, 2022.

That plan will get an assist from recently announced moves by the Renault-Nissan-Mitsubishi Alliance. Under what has been dubbed a leader-follower plan, each of the three partners will take charge in specific technical programs and geographic areas.

In particular, MMC will oversee operations in Southeast Asia and Oceania. It also will lead in a narrow niche of future electrified products. One key step that should reduce fixed costs for all three companies, meanwhile, will see them share common platforms for the vast majority of their future products.