GM plans to recognize Juneteenth with 8 minutes and 46 seconds of silence.

General Motors plans to recognize Juneteenth, which marks the end of slavery in the U.S., Friday with 8 minutes and 46 seconds of silence.

Juneteenth is June 19, and the period of silence matches the amount of time that the Minneapolis police officer knelt on Floyd’s neck, which led to his death. GM’s Cruise subsidiary announced plans Tuesday to do treat Juneteenth as a holiday.

The Detroit-based automaker has been very public in its support of the Black community in the wake of George Floyd’s death and the protests that followed. With Chairman and CEO Mary Barra speaking at a meeting of Detroit civic leaders about her disgust and impatience with the pace of change and what the auto company plans to do to help the situation.

The leaders of the other Detroit-area automakers offered statements of support, similar to Barra’s. Ford Executive Chairman Bill Ford and CEO Jim Hackett told employees in an email the company would “lead from the front” by committing to a fair and inclusive culture for workers. 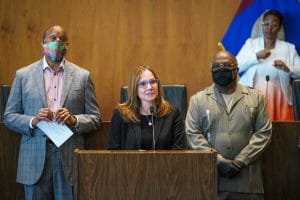 “We know that systemic racism still exists despite progress that has been made,” they wrote. “We cannot turn a blind eye to it or accept some sense of ‘order’ that’s based on oppression.”

Meanwhile Fiat Chrysler CEO Mike Manley told employees, “Although we are seeing the rawness of this issue exposed in the United States, the scourge of racism and discrimination has no respect for international boundaries. As employees of one of the largest companies in the world,” he added, “we absolutely have the individual and collective power to make a difference.”

GM, which donated $10 million to organizations that will support racial equality earlier this month, has continued to a vocal proponent for the cause, but it isn’t the only automaker throwing support behind the movement.

(GM aiming to be back to full production by end of June.) 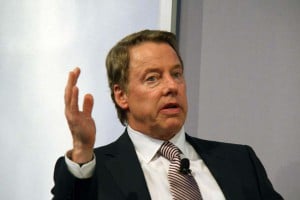 Bill Ford Jr. told employees the automaker would “lead from the front” when it came to racial equality.

Some of the reported efforts include:

Tesla CEO Elon Musk, using #JusticeForGeorge, tweeted surprise about the decision to charge only one of the police officers involved in the death of Floyd. He then elected to take some time off Twitter as a show of respect.

GM’s recognition of Juneteeth will “benefit everyone,” GM President Mark Reuss wrote in an email to employees. “I’m sure many of you have felt the same glut of emotions I have while watching recent events unfold … disbelief, anger, shame, grief, and ultimately heartbreak. This is not who we are as humankind, nor as a country.”