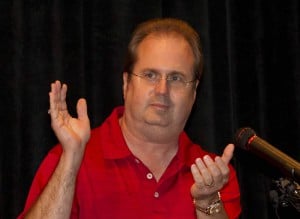 During a video conference, Jones admitted that while serving as UAW Regional Director in charge of the UAW’s western region, he deliberately falsified expense reports filed with union headquarters in Detroit for personal gain and failed to pay federal taxes on the on the money he illicitly diverted from the union.

Jones also said during the video conference that he collected kickbacks from another union official who was embezzling funds from the UAW by submitting expense reports.

According to court documents, Jones admitted to conspiring with at least six other union officials to embezzle money from the UAW for the personal benefit of Jones and other senior UAW officials. Jones and the others concealed personal expenditures in the cost of UAW Region 5 conferences held in Palm Springs, California; Coronado, California; and Lake of the Ozarks, Missouri.

Between 2010 and 2018, Jones and other UAW officials submitted fraudulent expense forms seeking reimbursement from the UAW’s Detroit headquarters for expenditures supposedly incurred in connection with Region 5 leadership and training conferences.

In truth, however, Jones and his co-conspirators used the conferences to conceal the hundreds of thousands of dollars in UAW funds spent on lavish entertainment and personal spending for the conspirators, according to the government.

As part of the plea agreement, Jones also agreed to cooperate with the government in preparing charges against other union officials. Jones also agreed to forfeit his interest in an $81,000 in a UAW Region 5 “flower fund,” as well as $38,000 from Jones’ Members in Solidarity account used for internal union political campaigns 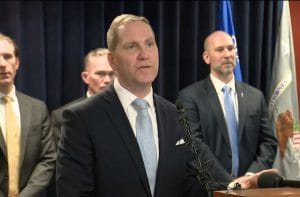 Reading from a prepared statement, Jones said he was sorry for betraying his “UAW family, his wife and daughters and their families.”

U.S. District Judge Paul Borman set Oct. 6 as the date for Jones’ sentencing. Jones is the 14th executive to be convicted in connection with the ongoing criminal investigation into corruption within the UAW or relating to illegal payoffs to UAW officials by FCA executives.

UAW President Rory Gamble vowed the union would put the scandal created by Jones and other union officers behind it.

“As we close this chapter, we will continue to focus on implementing the necessary reforms to protect our members,” Gamble said in a statement.

“Since my appointment as president, the UAW has instituted and operates under new transparency including far-reaching ethical and financial oversight and accountability. While these reforms are just the beginning, they are significant and will be expanded upon to ensure the crimes we’ve seen never happen again.”