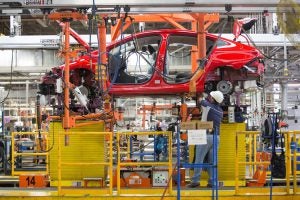 GM is slowly restarting its Ramos Arizpe plant in Mexico, following the model used in the U.S.

General Motors of México began re-opening its plants Thursday after taking what it says are steps to ensure the safety of employees amid the pandemic created by COVID-19.

“The well-being and safety of our collaborators have been and will be our highest priority, which is why we are doing everything necessary to guarantee a safe and secure return to operations,” said Francisco Garza, president and CEO of GM de México.

“After almost two months of suspension of activities, we will reopen our manufacturing complexes applying the strictest sanitary safety protocols and we are ready to move forward, working for Mexico,” Garza said.

The reopening of GM’s plants comes as the number of COVID-19 cases and deaths related to the virus continue to climb, according to the Mexican media.

Inventory for the Silverado has dropped significantly so reopening plants in Mexico will help alleviate any shortages.

As was the case at plants in the United States and Canada, which re-opened earlier his week, GM said the restart of operations in its Mexican factories is following a gradual schedule. Operations will begin with the engine and transmissions plants in Ramos Arizpe and Silao manufacturing complexes, located in Coahuila and Guanajuato States, GM’s statement said.

The re-opening of GM’s plants is in line with the recently published government regulations, where the transportation equipment manufacturing is included as an essential activity.

GM also did a “Health Safety Self-Assessment” that met the requirements of the Mexican Institute of Social Security.

(Tesla lets some employees wait until May 31 to return to plant.)

GM also reports that the Ramos Arizpe and Silao plants could tentatively begin operations starting May 22, depending on the status of their suppliers.

However, the restart date of operations for the GM manufacturing complexes in Toluca, State of Mexico and San Luis Potosí is still being determined, GM said in a statement. 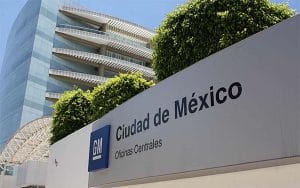 GM’s Mexican operations will restart in stages with two plants ramping up, then others coming online later.

In order to have a safe return to operations, GM de México has developed what it described as a robust health safety protocol, following the actions that the company is taking globally and in line with the recommendations of organizations and authorities such as: the World Health Organization, the Mexican Ministry of Health, the IMSS and the Ministry of Labor and Social Welfare.

General Motors has created special guidelines for employees on the health safety protocols to be followed and is providing trainings to ensure everyone has the same level of information. Furthermore, this information will be shared with suppliers and visitors who arrive at our manufacturing complexes.

The company has a Verification and Surveillance Internal Committee, in charge of ensuring compliance and of reviewing periodically the safety protocols.