Exclusivity – and performance – carry a price. 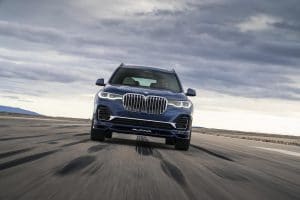 The 2021 Alpina XB7 marks the first time one of the limited edition SAVs comes to the U.S.

For those who want something a bit more exclusive than the typical BMW, the Bavarian automaker has started ramping up its line-up of models bearing the Alpina badge – and that’s about to include yet another offering, the 2021 BMW Alpina XB7.

This marks the first time one of BMW’s Sports Activity Vehicles sold in the U.S. gets the Alpina touch – like others, the 2021 XB7 set to get a more upscale interior as well as a marked improvement in performance.

At $142,295 – including a $995 delivery fee, the XB7 won’t come cheap when it rolls into American showrooms this coming September. Then again, some potential buyers might think it’s a veritable bargain considering the limited-run SAV will compete for high-line buyers with brands such as Aston Martin, with its new DBX, Lamborghini, with the Urus, and even Bentley and its big Bentayga, all going for substantially more. 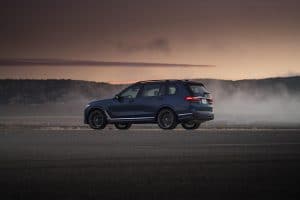 BMW has had a long-running, though traditionally limited, relationship with Alpina going back several decades. The tuner, formally known as Alpina Burkard Bovensiepen GmbH, has given its deft touch to a number of different BMW products over the years, including the Bavarian flagship, the 7-Series. But, reflecting the global shift from sedans and coupes to utility vehicles, it’s no surprise that BMW and Alpina are starting to work together for special-edition SAVs.

For those unfamiliar with Alpina, it’s easy to confuse its offerings with BMW models carrying the vaunted “M” badge. And, indeed, both upgrades put a big premium on performance. But that’s where similarities end. As Andreas Bovensiepen, the son of Alpina’s founder and now its CEO, has told TheDetroitBureau.com, the added performance is not the end in and of itself. It’s part of a broader package designed to take each model to the limits of luxuriousness.

That includes such subtle details as the familiar BMW iDrive controller that, in the XB7, is made of crystal glass laser-etched with the Alpina logo. 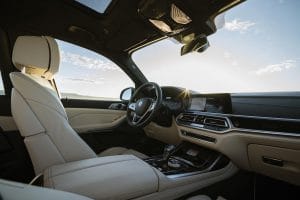 The 2021 BMW Alpina XB7 can be configured as a six or seven-seater.

Visually, there are just enough Alpina cues to the 2021 XB7 to let folks know you’re driving something different without pushing into the garish or vulgar. The front bumper gets new, larger air intakes and has been tweaked to reduce drag and high-speed lift. In back, the SAV gets a unique Alpina sport exhaust, its twin tailpipes emerging from the Alpina bumper with twin diffuser fins.

While there are a handful of options, Alpina models typically pack in an array of standard features and, in the XB7 that including Merino leather and a three-part panoramic glass roof embedded with LED lights that can create “15,000 graphic patterns.” 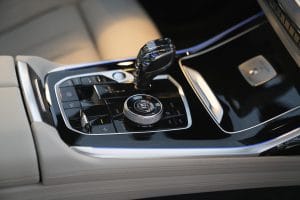 The etched crystal shifter is one of the XB7’s distinctive Alpina details.

As with the X7, there’s a 12.3-inch digital instrument panel, as well as a 12.3-inch touchscreen infotainment display and the high-tech mix includes the familiar BMW array of advanced driver assistance systems, from front collision warning with brake intervention to cross traffic alert.

From a powertrain perspective, the bi-turbo V-8 puts the XB7 right up into M territory. The engine is paired with an eight-speed automatic and sends power to all four wheels, an active limited-slip differential further enhancing traction.

The 2021 XB7 also gets a new Alpina-designed sport air suspension that can raise or lower the car by as much as 3 inches, whether to let passengers easily enter and exit or to improve high-speed performance. Handling is further enhanced by a ZF Active Kinematics Control System allowing the rear wheels to pivot up to 2.3 degrees.

Buyers interested in the new 2021 BMW Alpina XB7 can place an order starting this month – but they’ll still have to wait until September to take delivery.