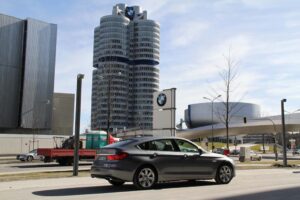 BMW has revised its 2020 financial guidance due to the impact of the coronavirus pandemic.

German luxury vehicle maker BMW revised its guidance for the 2020 financial year downward because of the pandemic, which has stalled the global economy.

“The Board of Management of BMW AG noted the measures to contain the coronavirus pandemic are lasting longer in several markets and are thus leading to a broader negative impact than was foreseeable in mid-March,” BMW said.

The decisive factor for the adjustment is that markets will not – as was previously assumed – return to normal within a few weeks. The highest negative impact is expected in the second quarter of 2020, the company noted.

(BMW calling it quits, i8 PHEV ends production in April.)

“The economic shifts caused by the pandemic make it difficult to provide a reliable forecast. The outlook is therefore subject to a high degree of uncertainty,” the company said in a statement. 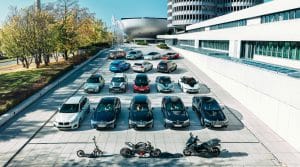 BMW changed its full-year guidance, in part, because officials realized the rebound would not be quick.

The estimates for EBIT margin for the year have now dropped to between zero and 3%, BMW said.

In the Financial Services segment, the return on equity is now forecasted to fall moderately year-over-year during the 12-month period are now expected to be significantly lower than the previous year’s level. The EBIT margin for the segment is forecasted to be within a range of between 3% and 5%.

Group profit before tax is still predicted to be significantly lower than in 2019.

(BMW plugs back in with long-delayed i4 concept.)

The company plans to hit its targets with a slightly smaller workforce than the previous year. As already communicated, reductions in staff numbers due to fluctuation will be used to manage the workforce size. 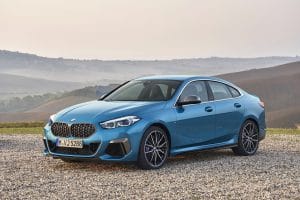 The 2020 BMW M235i xDrive Gran Coupe is one of the new sedans introduced by the luxury maker this year.

The updated guidance does not, in particular, include, a longer and deeper recession in major markets, a more severe economic slowdown in China as a result of recessions in other parts of the world, significant market distortions due to an even stronger competitive environment and possible implications caused by a second wave of infections and associated containment measures.

With its four brands BMW, Mini, Rolls-Royce and BMW Motorrad, the BMW Group is the world’s leading premium manufacturer of automobiles and motorcycles and also provides premium financial and mobility services. The BMW Group production network comprises 31 production and assembly facilities in 15 countries; the company has a global sales network in more than 140 countries.