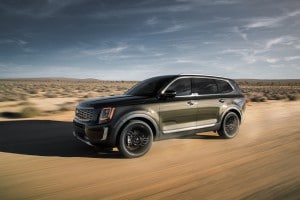 Kia has been playing catch-up in the SUV market but scored big with the introduction of the all-new Telluride, its biggest ute ever.

Kia has walked off with two big awards for key elements of the company’s product line. The honors were among five awards, with Porsche and Mazda also receiving accolades.

“Everyone at Kia is truly honored to receive not just one, but two awards from the World Car Awards judging panel,” said Thomas Schemera, executive vice president and head of Product Division at Kia Motors Corp.

“This is one of the hardest-fought competitions in the global automotive industry, proving that the Telluride and Soul EV are both truly outstanding vehicles. These accolades are testament to the talents and efforts of a worldwide team, who all strive to create desirable, high-quality and practical cars that drivers love.” 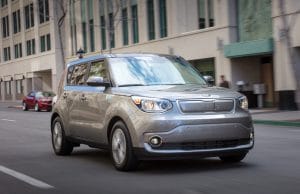 The Kia Soul EV was named the 2020 World Urban Car of the Year. One of two awards for the brand.

This is just the latest award for the Telluride, Kia’s first large SUV. The vehicle captured the 2020 North American Utility Vehicle of the Year, Kia’s first-ever honor from the NACTOY jury in Detroit. It’s also been given similar awards by several publications, like Motor Trend and Automobile. 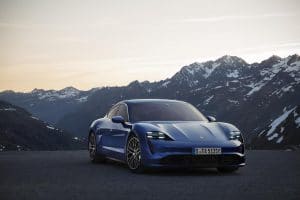 The 2020 Porsche Taycan earned two wins from the World Car Awards for 2020.

“Before accepting this prize, Mazda Motor Corporation would like to express our sympathy for all of those affected by the novel coronavirus,” said Akira Marumoto, Representative Director, President and CEO, Mazda Motor Corp. “We are truly honored to be able to receive the World Car Design of the Year award in this special year marking the 100th anniversary of Mazda’s foundation. We will continue providing our customers with unique products, designs, technologies and experiences.”

Vehicles were selected and voted on by an international jury panel comprising 86 automotive journalists from 24 countries around the world. Each juror was appointed by the World Car Steering Committee on the basis of his or her expertise, experience, credibility and influence. The international accounting firm KPMG tabulated the jurors’ ballots.

This year marks the 15th year of the World Car Awards partnership with the New York International Auto Show. The show has been rescheduled until Aug. 28 to Sept. 6, 2020.

The Global Trends Report, produced annually by Cision Insights and Autoneum, is scheduled to be released later this year in lieu of the usual presentation during the media breakfast at the New York International Auto Show.