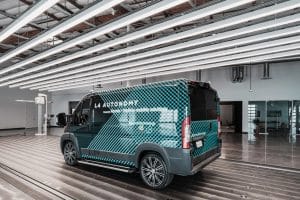 Karma Automotive with help from Nvidia has unveiled a SAE Level 4 autonomous vehicle.

The vehicle, a van with the architecture of battery electric vehicle, is one of five platforms designed to offer new electric mobility solutions through an EREV (extended range electric vehicle) and BEV chassis systems, Karma said. 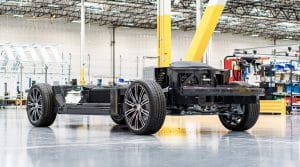 Karma can use its E-Flex platform for one of five different types of vehicles.

The L4 van’s software platform and sensors suite are supported by WeRide, which covers full 360-degree field of view and provides precise, real-time localizations powered by multiple sensors including Lidar, radar and camera.

“Using the E-Flex Platform, our goal was to create collaborative partnerships that address a wide array of applications,” said Srini Gowda, Karma Automotive’s vice president of Autonomous Driving/ADAS. “By working with nimble technology leaders like WeRide and Nvidia, we intend to offer unique market solutions with greater speed and efficiency.”

Rishi Dhall, vice president of Autonomous Vehicles at Nvidia, added, “The Pegasus platform delivers the scalable computational horsepower and AI capabilities essential for the safe deployment of Level 4 self-driving systems, being brought to market by Karma and WeRide.” 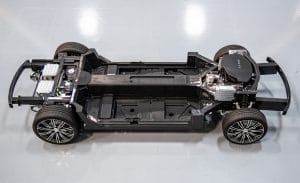 Karma is looking to make inroads on its scalable architecture.

The Karma L4 van is the latest in a series of platform development projects featuring the Karma E-Flex Platform. Last week, Karma debuted its first product in the series, an EREV E-Flex Platform based on its award-winning 2020 Revero GT.

(Fisker ready to take the Ocean EV off road.)