Technology would allow other companies to update maps. 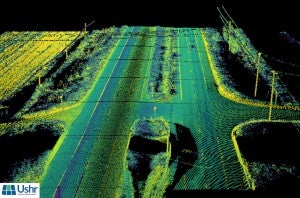 General Motors has applied for a patent to improve its mapping technology, allowing it to be more easily updated.

General Motors has filed a patent application for a system that continuously updates a vehicle’s on-board maps and navigation guidance.

GM said its patent application covers, “A system for updating a distributed navigation map for a motor vehicle includes one or more sensors that evaluates and characterizes a surrounding around the motor vehicle and a discrepancy detector that identifies differences in the surrounding compared to a known navigation map based on information received from the one or more sensors.”

“The differences are transmitted to a blockchain map network,” the application said.

Mapping is considered one of the most critical of a system required by fully autonomous vehicles.

The system, which was invented by GM Global Technologies based in Detroit rather than Cruise, GM’s San Francisco-based AV subsidiary, would use blockchain to integrate data from vehicle sensors and build a reliable map for autonomous vehicles. 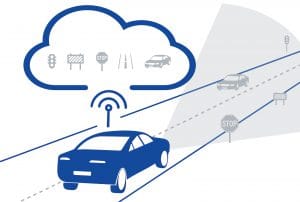 General Motors once explored  new mapping technology from Mobileye that could use crowd-sourced real-time data collected.

The patent filing, which was submitted on Oct. 1, 2018, and published on April 2, 2020, notes that existing maps are “difficult to keep dynamic without incurring large costs.”

One potential reason for this is that most maps are maintained through specialized vehicles, whose reach will necessarily be limited to just a few specific sections of the world.

General Motors’ solution is to distribute the process to many vehicles, which would collect data about their surroundings through sensors as they simply drive around. The real-time data would be compared with a discrepancy detector, which analyzes the existing maps.

Any difference is transmitted to a blockchain network that holds all the map data. The “candidate transaction” is then validated if other vehicles report a similar change. The patent suggests that the network would be maintained by vehicles and mining nodes located in data centers. 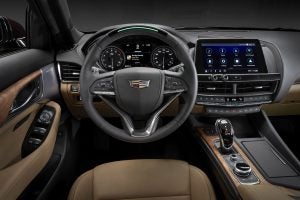 An enhanced version of Super Cruise will be available on the 2021 Cadillac CT5.

Blockchain technology is an encoded system for transferring value digitally, should play a role. It can simplify payments for complicated transaction involving concepts such as the fractional ownership of vehicles or other services.

The system apparently was devised originally for GM’s Super Cruise feature, which provides a semi-automated driving experience on some luxury models. Distributing the map generation process would likely speed up the manufacturer’s efforts to cover the majority of the roads in the U.S.

The patent application indicates that one of the benefits of the system is distributing the map generation process and allowing multiple vendors to contribute to a single map. This is likely the reason why it implements blockchain.

Its finance arm invested into a blockchain startup in June, in an effort to curb auto financing fraud. The manufacturer also patented another blockchain-based communication system in December 2018, which would help different entities communicate with autonomous cars.