How does a Fidelity car warranty compare to other options? 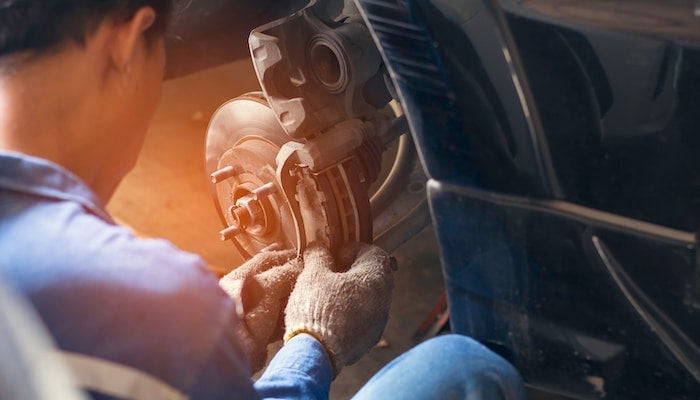 Please note that The Detroit Bureau and its partners may be compensated if you purchase the recommended services.

Based in Florida, Fidelity Warranty Services Inc. (FWS) offers car warranty products, care plans, maintenance plans, theft deterrent products, and the list goes on. However, these products and programs are only available at participating dealerships, so you might not have heard of them. Below, we review the Fidelity car warranty and talk about the pros and cons of the company’s products.

Fidelity is just one of many third-party extended warranty providers. To help you find the best options, we’ve reviewed many of the most popular car warranty providers. We think that a handful of companies stand out, including Endurance, CARCHEX and CarShield. Take a look at the companies below and compare quotes from our top picks.

Fidelity’s core offering centers on its vehicle protection plans. These plans are designed for cars with low to medium mileage. There are three plans in total, but we’ll start with some facts common to all of them:

Note that a Fidelity car warranty doesn’t come with a full roadside assistance service on its own. Instead, you are reimbursed for towing and trip interruption expenses. Most roadside assistance plans include things like fuel delivery, mechanical labor, battery jump-starts and the like.

You can get roadside assistance as part of the Fidelity Warranty Services Car Care Service Plan or Term Care Select, but we’ll get to those in a bit.

Fidelity doesn’t publish the number of miles that would be considered high mileage. But we do know that this plan lets drivers add up to 48,000 miles of coverage. There are two main options here, and they both come with the same perks as the standard protection plans. These high-mileage plans are also accepted at the same 6,000 participating service centers nationwide.

The Drivetrain Plus plan seems very similar to the Powertrain plan we mentioned above. However, it’s impossible to say if that’s true because there are no sample Fidelity car warranty contracts online. Even if the coverage terms were the same, Fidelity might charge more for high-mileage plans since high-mileage cars are more likely to need repairs.

In addition to the different vehicle protection plans, you can also get a few more coverage options from Fidelity. Here’s a brief rundown:

It would be an understatement to say that Fidelity offers a lot of options. There are at least eight different plan types, and that doesn’t even include the contract levels within the plans.

It’s always nice to have enough choices, but the issue is that you can only get a Fidelity warranty at a dealership when you’re buying a car. That’s typically not the best time to make a decision about all these different coverage options.

The process of buying a car can take hours. By the end, you may be tempted to sign up for a plan just to get out the door. It would be much better to go through each of these coverage options at your own pace.

How Much Does a Fidelity Car Warranty Cost?

Fidelity doesn’t publish warranty prices online, which is common in the extended warranty market. That’s because prices are often dependent upon the type of car you drive and its condition. However, we did a little searching around and found that one driver paid $2,300 for a 6-year/100,000-mile plan for a Buick Escort.

On Yelp, another driver said they paid about $4,000 for a 5-year/60,000-mile plan for a Mercedes-Benz AMG C63. That might seem expensive, but it’s also proportional to the cost of repairing a luxury car.

If you want to sell your car in the near future, an extended warranty can be a good idea to have. It adds value to your car and can help you get your asking price. Fidelity car warranties are fully transferable to secondary buyers, though the transfer might require a fee.

You can cancel a Fidelity car warranty by getting in touch with the dealer that sold you the plan. They will have a Fidelity Warranty Services cancellation form. Unfortunately, that’s all the information Fidelity discloses about cancellations. You may have to pay a cancellation fee.

We noticed something interesting while looking through reviews on Fidelity. A couple of different reviewers on BirdEye said Fidelity gave them full refunds after their warranty period expired and they had not used any coverage. Of course, we can’t say if that’s a policy that Fidelity has right now, but could be worth asking about.

“Nice to be able to count on a warranty service to have your back and approve expenses quickly when you need them.” – Wendy V., BBB

“They spent over $1,500.00 in claims within the first year and never gave me any push back. Forward to a year and a half into my lease, I just purchased the Platinum Coverage Warranty plan for my car for 5 years/75,000 miles. From the way my tires were handled with ease, I would recommend this company.” – Kyle C., BBB

“I bought a 2016 Nissan Sentra from Hertz Car Sales along with the Platinum Extended Warranty Program through Fidelity. I drove 3 months with Lyft, which apparently made my warranty null and void. I put in a claim for a transmission and it was denied due to the fact I was using my vehicle for commercial purposes…” – Matthew R., BBB

“$2,400 for extended warranty on a Ford Mustang, 200 miles later engine blows up. I call Fidelity and they immediately start trying to weasel out, they paid zero of items covered, towing, lodging when on road. I had to rent a car trailer to get the car home then again to get the car to shop…” – Ralph O., BBB

Is Fidelity Worth it?

A Fidelity car warranty could be a good way to protect your vehicle investment if you understand exactly what is covered. If you’ve been presented with one at a dealership, find out if there is a free cancellation period and be sure to read the contract carefully.

Compared to other leading extended warranty providers we’ve researched, Fidelity offers a good number of coverage options. However, deductibles can reach $250, and that’s pretty high. Another big downside is that you can only get repairs at 6,000 participating dealerships and shops. In contrast, many top third-party warranty companies like CarShield let customers go to any ASE-certified repair shop.

CARCHEX and Endurance round out our top picks for extended warranty providers – take some time to shop around and compare quotes.