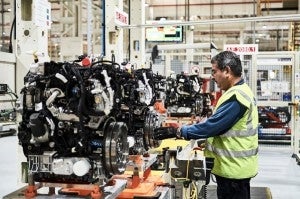 Production at Ford’s Dagenham plant is suspended until May 4.

Automakers have extended the time their production facilities in the U.S. will remain shut down as the impact of the coronavirus outbreak continues to grow. In Europe, companies are doing the same with one notable exception: Fiat Chrysler.

FCA officials are looking at restarting production at three Italian plants on April 14 —if the government there doesn’t extend the lockdown currently in place. Italy has been a hot spot for the virus, and only this week did the number of deaths from COVID-19 begin to fall.

On Wednesday, Italian Prime Minister Giuseppe Conte extended the national lockdown, which has been in place since March 9, and was due to expire today, until at least April 13. The lockdown includes a freeze on all non-essential economic activity, including car production.

Gianluca Ficco, a representative of the UILM metal workers’ union, said unions had started talks with Fiat Chrysler to make sure all health and security requirements were met in factories, if the lockdown ended on April 13, according to Reuters. 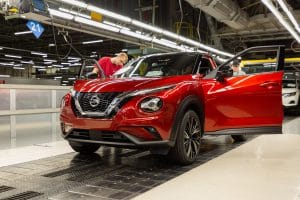 Nissan’s UK production site, the largest in Britain, is shutdown through the end of April.

The three plants include: Melfi, which builds the Jeep Compass and new hybrid models; Atessa where it produces light commercial vehicles; and Turin’s Mirafiori factory that manufacturs the new 500 EV and handles other operations, Reuters noted.

The European Automobile Manufacturers Association says 1.1 million workers have been idled across the continent due to the pandemic-related shutdown of automotive production plants. This number does not include suppliers or other support companies.

Ford is extending the temporary suspension of vehicle and engine production at most of its European manufacturing sites until May 4. The announcement follows prior confirmation that production would be temporarily suspended from March 19, for a number of weeks at Ford’s main continental European manufacturing sites: Saarlouis and Cologne, Germany; Valencia, Spain; and Craiova, Romania. 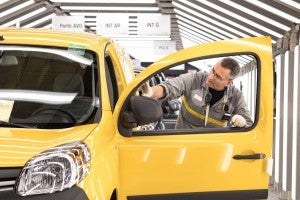 Renault’s European production facilities are closed until further notice. The company has not speculated on when it may restart production.

The company halted production its Bridgend and Dagenham engine plants in the U.K. starting March 23. However, operations in Valencia, Spain, will remain in temporary suspension a bit shorter time, tentatively — just until April 27.

“It’s important we give our employees as much clarity as possible on how long the present situation is likely to continue,” said Stuart Rowley, president, Ford of Europe.  “We are hopeful the situation will improve in the coming month; our plans to restart operations, however, will continue to be informed by prevailing conditions and guidance of national governments.”

Nissan’s two European plants, one in Great Britain and another in Spain, are locked down through April. Volkswagen extended the shutdown of its production facilities in German five days until April 19, when it will review things again. French automaker Renault shut down all of its plants on March 25, until further notice.

Groupe PSA had planned to restart production March 27, but put that off until “a timetable for a gradual and safe resumption will be established within the framework of social dialogue, taking into account the context of the health crisis and the results of the audits of implementation of reinforced health measures adapted to each site,” the company said in a statement.