A year’s worth of automotive events cancelled or delayed. 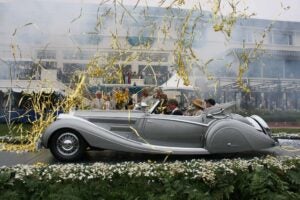 In better days: a 1937 Horch took Best-in-Show at the 2009 Pebble Beach Concours d’Elegance.

The Pebble Beach Concours d’Elegance, the most widely respected and eagerly anticipated annual event in the collector car world has cancelled its 2020 outing due to the coronavirus pandemic.

Event organizers previously told TheDetroitBureau.com that they were waiting as long as possible to determine whether the Concours – which anchors a long week of events across California’s Monterey Peninsula – could be held without risk. But with growing concerns about the pandemic stretching on into at least late 2020, the decision was made to call off what would have been the car show’s 70th gathering.

“My heart goes out to all of the people who are involved in the Pebble Beach Concours and who are impacted by this decision,” said Concours Chairman Sandra Button. “Many of our entrants have been working on a special car for years, and this was to be their moment. Some of our overseas entrants were nearing the point of putting their cars on boats and planes, and their own travel arrangements have long been made. The same is true for many of our international cadre of judges.” 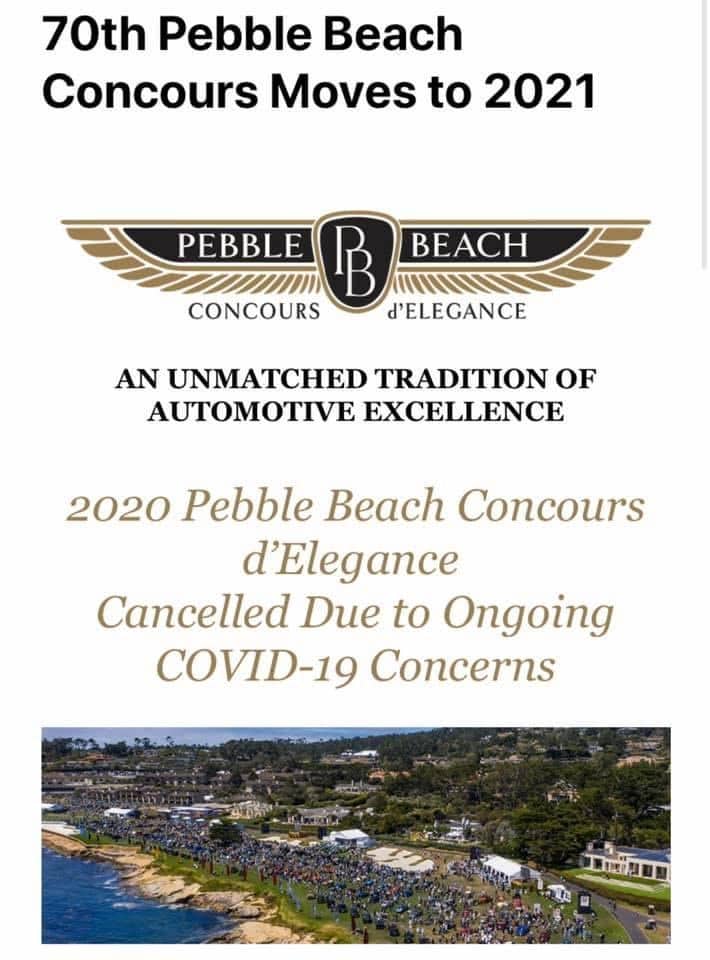 The official announcement from  Concours organizers.

The Pebble Beach Concours d’Elegance has been a fixture of the classic car community for the last seven decades, attracting some of the most exclusive vehicles and well-heeled collectors in the world. It is not unusual for those invited to participate in the event to spend more than $1 million dollars to prepare a vehicle for the demanding scrutiny it will face.

Those vehicles often trace their lineage back to emperors and kings – and the occasional dictator – as well as movie stars and other celebrities.

But, “This event does more than celebrate great cars; it benefits so many people in need,” each year raising millions of dollars for charity, said William Perocchi, the CEO of the Pebble Beach Company, which runs the gated community where the Concours is normally held. “Ultimately, the continued health and safety of everyone associated with the Concours is our number one priority, which led us to this difficult decision.”

The decision to cancel this year’s gathering came shortly after the organizers had completed the selection of vehicles that would have taken to the 19th green at the Lodge at Pebble Beach on Aug. 16. Plans now call for the Concours to return in August 2021, according to Button. 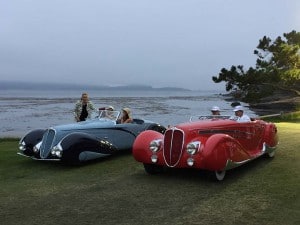 Essentially, next year’s show will pick up on the original plans for 2020, according to a statement released by Concours organizers, “with a display of past Best of Show winners along the edge of Stillwater Cove, and special classes focusing on Pininfarina coachwork, Porsche 917, Talbot-Lago Grand Sport, Miller racing, Iso, Early Electrics and the Carrera Panamericana.”

What began 70 years as a small gathering of collectors on the far edge of the Monterey Bay today anchors a long week of classic car events, including one focused on Italian exotics, another focused on classic motorsports at the Quail Lodge, and the three days of classic races at Laguna Seca Raceway.

Numerous automakers have also turned the week into something of a high-end auto show, introducing a variety of luxury and performance vehicles along the Monterey coast.

The decision to cancel the 2020 Pebble Beach Concours came as little surprise to many observers. The pandemic has already forced the cancellation of the Geneva, Detroit and Paris auto shows, as well as the rescheduling of the New York Auto Show. Numerous other classic car events have also been cancelled or delayed, with more expected to follow.