Proposed rules could make it easier for automakers. 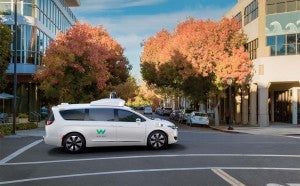 The National Highway Traffic Safety Administration is advancing toward some standardization of federal safety rules for driverless vehicles, asking for public comment on the potential mandates.

The agency issued a notice of proposed rulemaking March 17, seeking input on some suggested mandates for autonomous vehicles. The changes could result in automakers getting some freedom or wiggle room in the process.

“This proposal seeks public comment on the Department’s efforts to improve safety and update rules that no longer make sense such as requiring manual driving controls on autonomous vehicles,” said U.S. Secretary of Transportation Elaine Chao in a statement.

NHTSA’s new rules seeks to adapt safety requirements for autonomous vehicles without “traditional manual controls,” such as a steering wheel or gas and brake pedals, by revising the requirements and test procedures to account for the removal of manually operated driving controls. 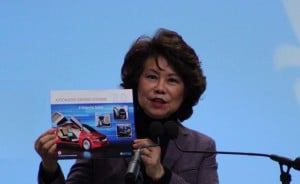 For example, the changes would apply frontal passenger protection requirements to the traditional driver seating position when a steering wheel is not present, and clarify the applicability of some passenger protection standards to vehicles with no space for passengers, like a delivery van.

So in practice, all forward-facing passengers in an autonomous vehicle would be required to be protected the same way as the front-seat passenger, including the person seated in what is traditionally the driver’s seat.

This could potentially change how safety equipment is used in the future, i.e. how is an airbag is deployed. It would also ease the safety requirements for autonomous vehicles with no passengers at all, such as a delivery vehicle.

The Cruise Origin could be affected by NHTSA’s rules proposals.

“With more than 90% of serious crashes caused by driver error, it’s vital that we remove unnecessary barriers to technology that could help save lives,” said Acting Administrator James Owens. “We do not want regulations enacted long before the development of automated technologies to present an unintended and unnecessary barrier against innovation and improved highway safety.”

Under the current set up, automakers looking to build an autonomous vehicle must ask for a waiver from federal standards. The proposal could reduce the need for some of those waivers, the Detroit Free Press reported.

The proposal is will remain open to public comment for 60 days. Early on, it’s not finding many fans among auto safety groups.

“When it comes to vehicle regulation right now, (the U.S. Department of Transportation, of which NHTSA is part) should be focusing on existing safety measures which work to keep America moving forward when this crisis ends, not corporate giveaways desired by lobbyists and questioned by experts,” Jason Levine, executive director of the Center for Auto Safety in Washington, D.C., told the Free Press.