Other events expected to quickly follow as president warns that large events could be banned through at least August. 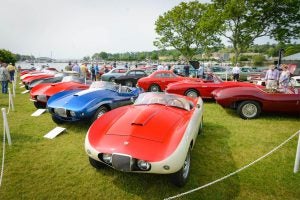 This was to have marked the 25th anniversary of the Greenwich Concours.

One of the nation’s largest and most well-regarded classic car shows, the 2020 Greenwich Concours d’Elegance, has been canceled, the latest in a growing list of automotive functions impacted by the coronavirus pandemic.

Originally scheduled to take place during the last weekend in May, the annual Connecticut event is one of the first of the many antique automotive events that dot the U.S. each spring and summer. And there is growing speculation that the entire season of shows and auctions could be scrubbed as the nation copes with the deadly disease. Such concerns grew even greater on Monday after Pres. Donald Trump warned that efforts to contain the virus could extend through August.

“We all love cars and the Greenwich Concours d’Elegance, which is a highlight of the year for thousands of car fans across the region and nation,” said McKeel Hagerty, chairman of the event. “But what matters most is the safety and well-being of our friends, families and loved ones.”

(Plants close as coronavirus virus spreads in Europe and U.S.)

This year’s event was to have marked the 25th anniversary of the Greenwich Concours and was to have featured scores of classic cars broken into eight different categories. One of the highlights was to have been a centennial celebration of Duesenberg.

Founded in 1996 by the late Bruce and Genia Wennerstrom, the Greenwich Concours and last year was named one of the top five automotive events in the U.S. by USA Today. The Concours was acquired by Hagerty last year. 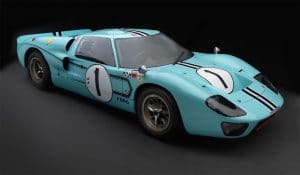 This 1966 Ford GT Mk II was to have been on display at the Concours this year.

While there will be plenty of “disappointment,” Mary Wennerstrom, founder Bruce’s daughter and still the executive director of the Greenwich Concours said, “I think everyone understands this is the wisest course of action. We’ll pour our energies into making the 2021 event the best ever.”

The question now is what happens elsewhere. Officials with several other classic car events have hinted that they are studying their own options for this year. Part of the challenge is figuring out when the restrictions related to coronavirus might be lifted. That is far from certain but it appears that this might take longer than many had originally anticipated. The president underscored that on Monday afternoon, indicating restrictions on public gatherings could continue through August. At the same time, the White House said no more than 10 people should meet together at this time.

(China claims its auto plants are ramping up production again, but there are plenty of skeptics.)

“There’s no question the (classic car) season is gone,” said Larry Printz, a long-time judge at the Greenwich Concours and other class car events. 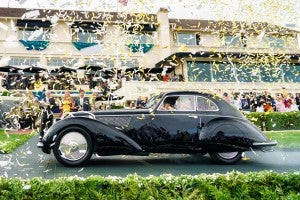 What’s uncertain is whether the coronavirus pandemic will cause other events — like the Pebble Beach Concours — also to cancel this year.

Among the events that could be impacted should limits on public gatherings run through August are:

·         The Woodward Dream Cruise, an event drawing over 1 million people to Detroit in August.

Printz said he questions whether reaction to the pandemic could impact events scheduled even later in the year, such as what is formally known as the AACA Eastern Division Annual Meet. More commonly called “Hershey Week,” the event in Hershey, PA draws tens of thousands of fans who scour what are miles of aisles on a 23-acre lot offering everything a classic car aficionado might want – from posters to lug nuts to antique autos.

The pandemic scare comes at a time when the antique car world was already facing challenges. Recent auctions, such as the week-long gathering in Scottsdale, AZ of companies like Barrett-Jackson and RM Auctions, saw a notable decline in sales from 2019. The plunge in the stock market could have a significant impact even when things get back to normal, limiting available cash for collectors.