Autonomous engineer faces up to 30 months in federal prison. 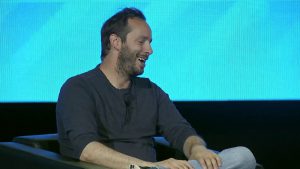 Anthony Levandowski, once the head of Google’s autonomous vehicle efforts, will plead guilty to federal charges of theft of trade secrets.

Anthony Levandowski, once hailed as one of the leaders in the development of autonomous vehicles, could spend as much as 30 months in prison after agreeing to plead guilty on federal charges arising out of the theft of intellectual property.

Levandowski, who was the chief engineer for Google’s self-driving vehicle program, found himself at the center of a maelstrom after leaving the tech giant and moving over to Uber, the ride-sharing service envisioning driverless vehicles as central to its long-term success.

But the move touched off a legal battle when Google and its autonomous spin-off Waymo accused Levandowski of improperly stealing trade secrets and providing them to his new employer. Federal prosecutors subsequently filed a 33-count indictment against the engineer.

(Levandowski files for bankruptcy as he faces $179 million arbitration fee.)

Levandowski will now plead guilty, according to a deal worked out between his lawyers and the Department of Justice. As part of the agreement  prosecutors will recommend to the judge in the case that Levandowski receive a prison sentence of not more than 30 months. He had faced up to 10 years for each of the charges.

Levandowski originally was head of Google’s autonomous vehicle program which was spun off as Waymo.

“We hope that this plea will allow him to move on with his life and focus his energies where they matter most,” Miles Ehrlich, his attorney, said in a statement.

Levandowski, who turned 40 last week, was considered a pioneer in self-driving vehicle technology and led the program at Google until it hired John Krafcik, the former head of Hyundai Motor America, to become CEO of spin-off Waymo, now a subsidiary of Google parent Alphabet.

He subsequently left and formed his own company, Ottomotto, which focused on autonomous trucks. Uber then bought the start-up and Levandowski went with it, becoming head of the ride-sharing service’s autonomous program. Former Uber CEO Travis Kalanick saw driverless technology as a way to slash costs and get millions of Americans to use ride-sharing services, rather than owning their own vehicles. 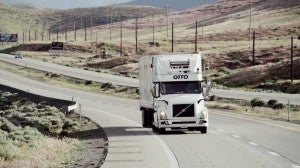 That lawsuit eventually was settled. Part of that deal saw Uber give Alphabet 0.34% of its equity in stock. At the time, the ride-sharing service was valued at $72 billion, making the agreement worth about $245 million.

Levandowski was targeted by a separate lawsuit, however, which went to arbitration, a panel subsequently issuing an “interim award” of $127 million. But a judge earlier this month raised that to $179 million after adding in interest and legal fees.

On March 4, Levandowski filed bankruptcy in a bid to negotiate a deal covering his debts. In the process, he agreed to pay $765,000 in restitution to Alphabet, a figure covering the company’s costs related to the federal criminal investigation.

The legal issues likely aren’t done. Under its agreement with Levandowski, Uber agreed to indemnify its new employee in legal cases, but it has balked at paying in this case and Levandowski may have to file his own lawsuit to try to get Uber to come up with any money.