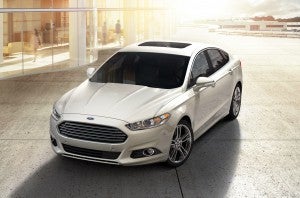 The automaker is recalling selected 2014-15 Ford Fiesta, 2014-16 Ford Fusion and 2014-16 Lincoln MKZ vehicles due to latch pawl spring-tabs that are susceptible to cracking and failure in areas with high ambient temperatures.

The problem typically results in an inability to close the door and get it to latch on affected vehicles. Additionally, the door could simply unlatch and open while the vehicle is in motion, according to the automaker.

At this point, Ford is unaware of any reports of accident or injury related to this condition. This action affects 248,912 vehicles in the United States and federal territories, 19,431 in Mexico and four in Canada. 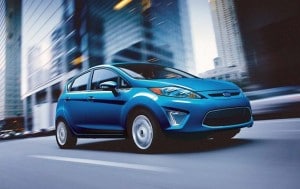 The 2014–15 Ford Fiesta is part of a recall for potentially fractured door latches.

The company is also recalling certain 2021 Ford E-Series stripped chassis and cutaway vehicles due to frame-mounted wire harnesses that could, over time, chafe on the frame and damage the wire harness and the circuits within it.

The problem could affect the fuel, trailer tow and antilock braking systems, damaging the fuel pump circuit, causing the engine to stall while driving. If an engine stall occurs while driving without a warning or the ability to restart, it can increase the risk of a crash. 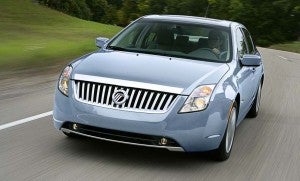 Selected 2006–10 Mercury Milans are being recalled for a brake pedal issue.

Lastly, Ford is recalling certain 2006-10 Ford Fusion, 2006-10 Mercury Milan and 2006-10 Lincoln MKZ vehicles. In the affected vehicles, a normally closed valve inside the hydraulic control unit may stick open, which could result in extended brake pedal travel, increasing the risk of a crash.

Ford is aware of one accident report related to this condition. This action affects 54,292 vehicles in Canada. Affected vehicles were built at Hermosillo Assembly Plant, Feb. 22, 2006, to July 15, 2009.

To resolve the problem, dealers will inspect the hydraulic control unit for signs of stuck or slow-responding valves and replace the unit if necessary. The system will be pressure-flushed with DOT 4 brake fluid and the DOT 3 reservoir cap will be replaced with a new DOT 4 cap.