Borrowing ideas from the Great Recession. 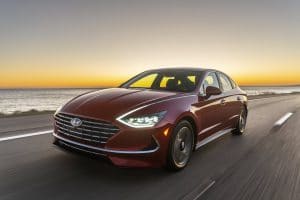 You might get a sense of déjà vu in the coming weeks as you watch automakers struggle to kickstart fast-falling sales while also taking steps to prevent a wave of repossessions as job losses mount and owners struggle to pay their car loans and leases.

If anything, expect to see manufacturers start to revive policies first used during the Great Recession a decade ago, slashing interest rates and taking steps to stretch out or even forgive some car payments.

Hyundai, for one, has brought back its Hyundai Assurance Job Loss Protection Program which, it says, is meant to give owners “peace of mind in uncertain times” by deferring payments on some new models and covering up to six months of payments for new buyers who involuntarily lose their jobs.

(Forecasts call for slowdown as carmakers scramble to prop up sales.)

“We understand the extreme uncertainty created by the coronavirus and the anxiety experienced by our customers, and wanted to tap into Hyundai’s legacy of having people’s back,” said José Muñoz, president and CEO, Hyundai Motor North America. “Bringing back the job loss protection program in this unprecedented time will allow our customers to have one less thing to worry about if something unexpected happens to their employment status.”

Hyundai Assurance allows for deferring payments on some new models and covering up to six months of payments for new buyers who involuntarily lose their jobs.

Several other automakers are also looking for ways to minimize the risk to existing customers who might be facing financial hardship as restaurants, theaters, arenas and other venues close and businesses, in general, face a potential calamitous hit to the economy that could trigger massive job cuts across the country.

For vehicle financed through its in-house finance subsidiary, Ford says customers will be offered the option of delaying their first payment by up to 90 days. Nissan is planning a similar program.

Ford and Nissan also plan to offer payment relief options to existing owners who might be facing financial problems as a result of the coronavirus pandemic. Toyota and General Motors are planning similar moves that could include extending or deferring payments and waiving late fees.

GM says it will work with owners on a “case-by-case basis.” 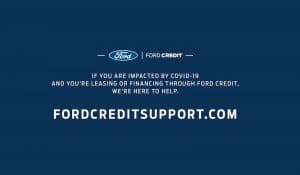 Even before the coronavirus hit, consumer tracking companies were reporting a rise in the number of vehicle owners who were falling behind on car payments, especially among those with the lowest credit scores. More than 7 million U.S. owners are at least 90 days behind on payments, according to a report by the Reuters news service.

If the Great Recession is any precedent, automakers can be expected to take aggressive steps to lure potential buyers back into showrooms. GM has already taken its first step, announcing a new 0% financing program on loans of up to 84 months for buyers falling into the highest credit brackets.

The question is whether that will do much good, especially at a time when authorities are actively encouraging Americans to practice “social distancing” and, according to the latest proclamation by the White House, avoid being in groups of more than 10 people at a time. This week, about 7 million Californians in the San Francisco region were told to shelter in place, avoiding all but crucial trips away from their homes.

GM is already looking to head off a massive slide in sales by offering 0% financing for some vehicles.

Industry analysts have been tripping over one another to downplay their 2020 U.S. sales forecasts. Adam Jonas, the well-regarded researcher from Morgan Stanley, previously projected a 1 to 2% slide in sales this year, following a weak 2019. He now is looking at a “demand shock” that could push sales down by 9% from last year’s 17.1 million.

Anthony Fauci, the nation’s leading expert on pandemics, has suggested that a two-week shelter-in-place move for the entire country might be necessary. The impact on the U.S. economy would be substantial. On the automotive side, Kristen Dziczek, a senior analyst with the Center for Automotive Research, warned this week that even losing a single week of car sales would have a devastating impact – and not just on automakers and theirdealers.

(U.S. auto sales may fall off due to coronavirus.)

She estimated it could cost the economy $7.3 billion and more than 94,000 jobs. That, in turn, would exacerbate economic conditions leading to a further downturn in demand.