Even with Plants Closed, Automakers Keep Up Ad Campaigns

But the real blitz could be months away. 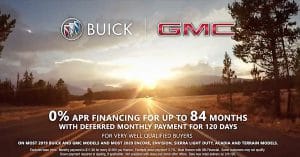 General Motors is offering 0% financing for some of its brands.

U.S. car sales are grinding to a halt, demand expected to be off by around 40% for March overall and as much as 60% in April, according to analysts – but despite the pandemic-led slowdown, automakers are continuing to run big-buck advertising campaigns.

That could be considered even more impressive considering the number of sporting events that have been cancelled in recent days due to the coronavirus pandemic. Only a handful of events, including some pro wrestling, are still being held, while leagues like the NBA, NHL and MLB baseball, have cancelled or delayed their seasons, while the NCAA’s annual March Madness basketball tournament also was scrapped.

Whether there could be a pullback in the weeks to come remains uncertain, especially with events changing rapidly. But with more and more Americans ordered to shelter-in-place – Michigan ordering a lockdown as of midnight tonight – that poses the possibility of having large captive audiences desperate for entertainment and news, one Detroit insider told TheDetroitBureau.com on background. 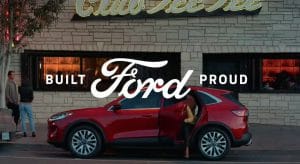 Ford is promoting its new Escape sport-utility by showing off how roomy it is inside.

Automakers spent an estimated $184 million on TV alone between March 1–18, according to data from iSpotTV. That’s not much off from the $215 million they spent the year before. And even that modest that decline in spending actually may be misleading. With restaurants and entertainment venues closed in much of the country and more and more stores closing, there is lower competition for the spots TV networks and other media have available. That translates into lower prices, especially for last-minute spot buys.

“As long as you are clear-sighted enough about where you spend money and why, there is an opportunity to dial that up and get a much bigger bang for your buck,” now that prices are lower and TV audiences are up, Chris Carmichael, a media consultant and former Omnicom executive, told Digiday.

So, if anything, Samba TV found that the “ad load” from automakers actually rose by 13% from March 7–16.

But there could be clouds on the media market horizon, Digiday quoting an unnamed “senior TV executive” who reported that “ad cancelations from automotive clients began to trickle in toward the end of last week.” 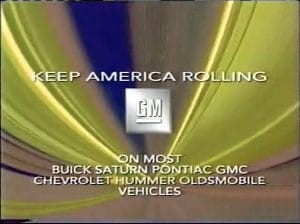 Automakers had to go to drastic measures the last time the U.S. endured a national crisis, the Sept. 11 attacks in 2001.

What ads are going out, in many cases, are being retuned to address the issues of the moment. General Motors is noting in some that it is now offering up to 84 months of 0% financing for qualified buyers. Nissan is focusing on its finance options. And manufacturers are looking to get across that they are not only making things attractive for potential buyers but also willing to work with existing owners who might face job losses and other financial problems. Toyota’s new ad tagline is, “We’re here for you.”

There is little doubt that car sales will continue to tumble as the reality of the coronavirus outbreak becomes impossible to miss – especially within the growing number of states that have or are planning lockdowns. Some dealers have already decided to close even in states where such restrictions have not been enacted.

The likelihood, according to media experts, is that the auto industry will try to retain “place in mind” during the current downturn. They also hope they can draw in enough buyers where stores will remain open to help clear up inventories that have been starting to get bloated in recent weeks. 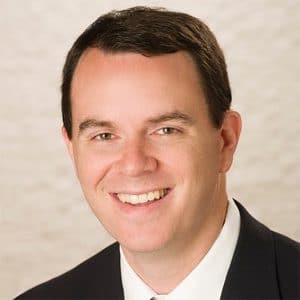 J.D. Power’s Tyson Jominy says we are in for a bad March and a disastrous April when it comes to car sales.

The decision to shutter most of the automotive assembly plants in North America actually can play out well in the mid-term, according to Tyson Jominy, the head of the J.D. Power PIN network which tracks dealer sales in real time. Unlike what happened in 2008, when sales crashed and automakers keep building vehicles, this could prevent a huge inventory glut forcing massive incentives once buyers are able to leave their homes.

“There’s more than enough inventory on the ground right now,” Jominy told TheDetroitBureau.com. But he also cautioned that automakers can’t keep plants closed too long or “it will implode our ability to recover. There’s a very fine line there between doing the right thing and cutting too far.”

If they handle things right, Jominy said, he expects to see a massive burst of media activity backing up major sales campaigns, much like the “Keep America Rolling” initiative GM launched after the dust cleared post-9/11.