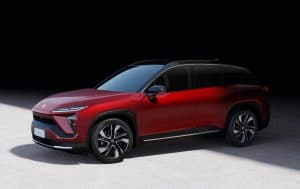 Often mentioned as a potential competitor to Tesla, Chinese electric vehicle maker Nio Inc. saw its shares plummet after officials said there were serious concerns about the company’s viability.

The EV maker’s shares dropped more than 16% after it was revealed that the company said there was substantial doubt in its ability to continue as a going concern.

While the impact of the coronavirus has been immense, Nio’s primarily been hampered by the things that hurt electric vehicle makers: falling demand and a lack of subsidies from the Chinese government. However, a 79% drop in sales in China largely attributed to the virus also added to the company’s issues. 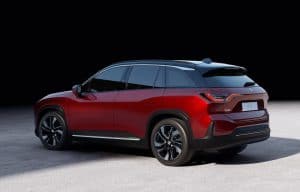 Nio is working the final details of a $1.42 billion cash infusion.

Nio had a cash balance of just $151.7 million on Dec. 31. That amount of cash will not carry the company forward for vehicle development, production, etc. for the next 12 months, the company noted in a statement.

The EV maker has been looking for ways to remain viable, attempting to work out an agreement with the Hefei city government to raise more than 10 billion yuan, or about $1.42 billion, and set up new manufacturing facilities.

“The parties are working on the legally binding definitive documents to be signed,” Nio Founder and Chief Executive Officer William Bin Li said.

However, the final details have yet to be resolved and the funds haven’t been made available yet. The company also made several private placements of convertible notes in February and March for an aggregate principal amount of $435 million to support its operations and business development.

As a result, some are optimistic that the deal will get finalized, giving Nio a future.

“We think the news puts speculation around Nio’s funding issues to bed – at least in the foreseeable future,” said Bernstein analyst Robin Zhu in a note in late February when the deal was initially expected to be completed.

“We remain dubious over the company’s fundamental outlook, and remain concerned about Tesla competition,” Zhu added.

New vehicle sales in China fell 18% in January, including a 54.5% drop in new energy vehicles, which includes battery-electric cars, according to the China Association of Automobile Manufacturers, or CAAM. The decline marked the seventh straight month of falling EV sales, and with the 79% drop in overall sales in February, it’s safe to assume the EV number has been extended to eight months.