Geely Chairman Li Shufu is exploring the consolidation of Volvo and Geely into one company with stock listings in Stockholm and Hong Kong.

After mulling an IPO in 2018, Volvo Cars appears to be headed in the exact opposite direction. Instead of being an independent entity, Zhejiang Geely Holding Group is considering merging the Swedish-branded automaker with Geely Automobiles.

China’s Geely Automobile said Monday it is in early discussions with Volvo about combining the two into a global carmaker with listings in Hong Kong and Stockholm, according to Reuters. The two companies are working on a joint proposal to present to each automaker’s board, according to a statement from Volvo.

“A combination of the two companies would result in a strong global group. We look forward to working with Håkan Samuelsson, president and CEO of Volvo Cars, to further investigate this opportunity with the goal to strengthen the synergies within the Group while maintaining the competitive advantage and the integrity of each individual brand,” said Li Shufu, chairman of Geely Holding Group.

The resulting company would have “the scale, knowledge and resources to be a leader in the ongoing transformation of the automotive industry. The combination would preserve the distinct identity of each of the brands Volvo, Geely, Lynk & Co. and Polestar,” the company noted in the release. 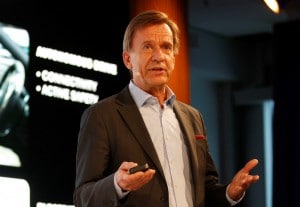 The two primary makers, Volvo and Geely, were already moving to link up certain parts of their businesses anyway. In a bid to reduce costs, they began to combining engine development and manufacturing operations last October, resulting in a stand-alone division to produce internal combustion and hybrid engines.

The new entity will produce powerplants for Volvo as well as Geely, Lotus, Lynk and Proton, Reuters reports. Volvo’s 3,000 employees will be merged with Geely’s 5,000 people, but the partnership will not result in any job losses, Volvo CEO Hakan Samuelsson said at the time.

The move isn’t as sudden as it may appear on the surfact as Volvo already supplies engines to some Geely-branded vehicles, sharing technology through Geely’s Lynk brand. Both companies share and develop common vehicle platforms.

The idea isn’t out of place these days. Automakers around the globe are seeking ways to reduce costs while meeting ever-toughening emissions and mileage standards in each market. That’s particularly true in China where the government is pushing for new energy vehicles, primarily battery-electric vehicles, but cut the subsidies it was offering for their production. 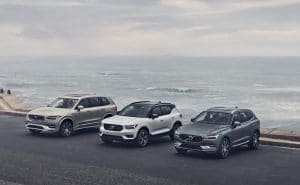 Volvo Cars and Geely could benefit by partnering up.

Billionaire Li Shufu, who leads the ownership group, has been taking stakes in other automakers hoping – in part – to forge new partnerships that benefit both sides. He took a 9.7% stake in Daimler AG in 2018. Geely made that happen last March when just before the German company was going to kill off Smart and jumped in at the last minute to save the long-struggling brand by forming a new 50-50 joint venture between the two companies to produce the tiny EV in China.

The deal calls for two sides to be equal partners, but production of the Smart EV will be moved to a purpose-built plant in China with the first new vehicles rolling off the line there in 2022.

(Geely gets Smart with Daimler.)