New AMGs and a smarthome camper van will also debut. 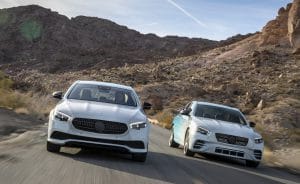 Mercedes-Benz has been a relatively low-key presence on the auto show circuit lately, and won’t even be on hand for the New York Auto Show in April. But it’s planning some big news for the Geneva Motor Show next month, starting with the debut of the updated E-Class line.

Even more intriguing: Mercedes has confirmed it will add a range of new plug-in hybrid drivetrains to the E-Class line-up, according to some reports, as many as seven different PHEV options will be added to the portfolio. Expect to see at least two of those highlighted during the annual Geneva show.

The E-Class, of course, remains one of the mainstays of the Mercedes line-up, so there’s no surprise the automaker wants to keep it fresh considering the current model has been around since 2017. 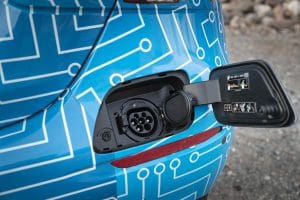 Mercedes is offering a plug-in hybrid for its 2020 E-Class sedan.

Visual changes will bring a revised fascia and other exterior revisions, including new lighting. The interior tweaks will center around the adoption of the MBUX system which first debuted on the latest-generation Mercedes A-Class last year. The system offers many of the same functions as Amazon’s Alexa and the Google Home voice assistants, allowing a motorist to control numerous vehicle functions using plain English commands.

If anything, what’s significant about the updated E-Class is the range of new technologies it will get. That also includes an assortment of advanced driver assistance systems, such as Active Distance Assist for handling traffic jams, and Active Brake Assist to prevent a driver from inadvertently pulling ahead into oncoming traffic.

Then there’s the array of new plug-in hybrid drivetrains. Mercedes is an active proponent of PHEV technology, betting there are plenty of motorists who’d like to go all-electric but hesitate because of issues like range anxiety. It has already rolled out an assortment of plug-ins but the new E-Class will take things a step further by offering an array PHEV variants tailored for different applications and markets.

In addition to seeing at least two of the new PHEVs revealed in Geneva, the maker will show a mild hybrid 2.0-liter inline-four making 268 horsepower.

At the other extreme, we’ll also see a new AMG version of the E-Class at Geneva’s PALExpo convention center. 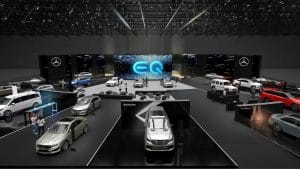 Mercedes-Benz will be showing off a slew of new vehicles at the upcoming Geneva Motor Show.

No brand can live off a single model, of course, and few have done more to expand its array of offerings than Mercedes in recent years. Preliminary reports suggest that, among other products set to debut next month we will also see two new AMG-badged SUVs.

The Mercedes stand will also bring the first public showing of the sci-fi-like AVTR concept vehicle that was first unveiled at the Consumer Electronics Show last month. Pronounced as you might expect, its design and features were developed in cooperation with James Cameron, the director of the wildly popular movie, Avatar.

Rounding out the Mercedes display, the automaker also will reveal an update of the Marco Polo camper van which, among other things, also will get the new MBUX technology. It will help it become a smart home on wheels, allowing voice control of things like lighting and the van’s climate control.