No timeframe revealed on when production will begin. 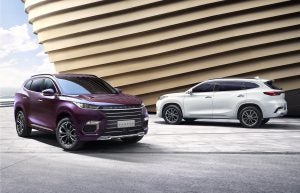 HAAH Automotive is partnering with China’s Chery Automobiles to produce a new premium brand in the U.S. named Vantas.

California-based HAAH Automotive is partnering with Chinese automaker Chery Automobiles to form a new automotive brand named Vantas, which will build, distribute and sell new vehicles in the U.S.

The two companies revealed their new premium sport-utility vehicle, one in white and another in purple. They describe it as being “based” on the brand’s Exeed platform, but a quick look at the photos makes it appear that’s also the SUV’s name.

Vantas is expected to develop a full range of new vehicles, including electric vehicles, to the U.S. and Canadia markets. The vehicles will be produced in the U.S., officials noted without revealing where these new Chinese-engineered utes will actually be produced.

(You likely won’t be able to pronounce its name, but Zoyte bets you’ll want to buy one of its SUVs.)

HAAH has a technical cooperation agreement with Chery, one of China’s best-known automakers, which already exports a full line of SUVs, passenger cars and electric vehicles under several different brand names to more than 80 countries around the world. 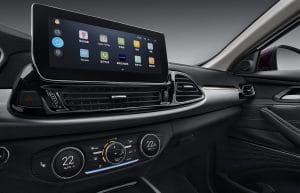 The new Vantas sport-utility features a large touchscreen on its dashboard.

“The brand will incorporate a number of new technologies from its Chinese partner, including ‘Intelligent Connected’ for a wide variety of safety and driver assistance technology, various aspects of autonomous driving and, in the future, new energy vehicles,” he added.

Hale also said Vantas is fully committed to building every one of its vehicles in the U.S. creating jobs in America. “HAAH Automotive Holdings is proud to be working with Chery, launching the new Vantas brand in North America,” said Hale.

HAAH appears to be attempting to create a full-line automotive company. Last May, it announced a deal with another Chinese automaker, Zoyte, to import vehicles for sale in the U.S. as well. To date, no vehicles have hit U.S. shores as Hale is still organizing the network of dealers to sell them.

However, at the time, he likened the potential of Zoyte to that of Hyundai. He noted that the South Korean automaker had a name that was difficult for some to pronounce and it sold inexpensive cars, growing during the past three decades into a full-line automaker, including a luxury brand, Genesis. 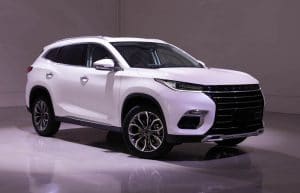 Vantas is a new premium brand that is supposed to build its Chinese-engineered SUVs in the U.S.

(Zoyte on track to sell Chinese-made cars by end of year.)

A look at HAAH’s website already reveals the early pieces of the puzzle, where it describes Zoyte USA as a “mass market” brand while Vantas is given the “premium” moniker.

Chinese carmakers, like the Japanese and South Korean before them, have been eager to break into the market have recently been stymied by the ongoing trade the U.S.-China trade dispute. Nonetheless, the steadily rising price of new vehicles in the U.S. – the average price of a new car has almost reached $40,000 – have left a big opening that Chinese manufacturers could fill. Hale thinks he’s got the plan to make it happen, starting with Chery.

“Chery is an automaker in China with outstanding vehicles. We are very proud they have selected HAAH to be their partner for North America. Vantas vehicles will offer more choice in the premium category for U.S. and Canadian consumers with excellent safety, quality and reliability,” he added.

Hale said Vantas will have an online sales process that will be implemented using HAAH’s unique digital platform with an industry-leading 100% cloud-based system which combines the ERP and Dealership Management System to support Vantas and Dealer Operations. 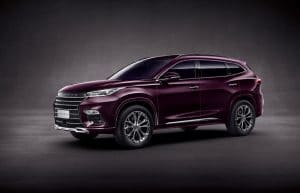 HAAH Automotive partnered with Chery Automobiles to start up Vantas.

The system will furnish Vantas with a technological edge not available from any other manufacturer today. Sharing this data allows HAAH to offer a new, transparent, customer friendly selling process, faster handling of customer purchase and service issues, and improved dealer parts fulfillment.

“We are glad to witness the launch and establishment of this new American automobile brand, Vantas, said Ray Bierzynski, executive vice president of Chery Automobile. “New technology, new energy and new retail are profoundly changing the global automotive industry. HAAH is an excellent auto company in North America, with a first-class team that has deep auto experience and an innovative sales and marketing model.”

Bierzynski said Chery is an auto company renowned worldwide with a global R&D system, having R&D centers in Europe, America, Latin America and China. “The technical collaboration with HAAH will provide support for the development of new products which will meet and exceed North American customer expectations for the Vantas brand,” he added.