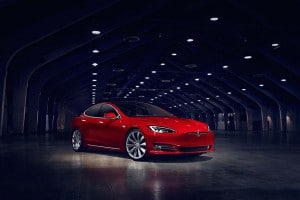 The Tesla Model S is one of the company’s vehicles that have been tied to cases of unintended sudden acceleration.

There 127 consumer complaints to NHTSA involving 123 unique vehicles, according to the petition. The reports include 110 crashes and 52 injuries, the agency added. Tesla has not commented.

(Tesla worth more than GM and Ford combined?)

The Tesla Model 3 is also part of a petition about sudden acceleration complaints submitted to NHTSA.

After a technical review, NHTSA can either deny the petition or grant it. If granted, the agency then begins a formal investigation. Anyone can petition NHTSA for a defect investigation, and many of those petitions have been rejected by the agency in the past.

Sudden acceleration has been a problem in the past in the auto industry. Toyota battled the issue for years, including the investigation by NHTSA as well as dozens of lawsuits. Before that, Audi had to deal with a similar issue.

The complaints about Tesla follow an eerie pattern seen before, such as incidents when vehicle owners were attempting to park their EVs in a garage or a curb, Reuters noted.

According to the agency, one complaint revealed a Tesla driver in Avondale, Pennsylvania, was pulling into a parking spot at an elementary school when the vehicle accelerated on its own, jumping a curb and running into a chain link fence. 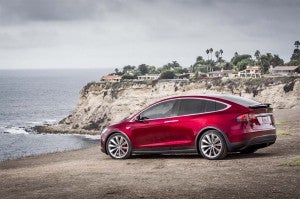 The Tesla Model X is part of the latest NHTSA look at a problem with the EVs.

Another complaint said a Tesla driver in Andover, Massachusetts, was pulling up to her garage door when the car suddenly “lurched” forward, plowing through two garage doors with the vehicle finally stopping when it hit the concrete wall in the garage.

Other complaints detail incidents where the sudden acceleration occurred while in traffic or when using driver assistance systems which led to collisions.

At this point, there is no public evidence showing that some sort of issue with any of the vehicles caused the problem, and Tesla’s own query suggested driver error, such as accidently pressing the wrong pedal, was the reason for the sudden acceleration.