Is Tesla Readying to Spring a Big Surprise about the Model Y? 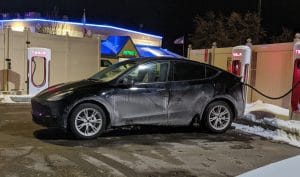 The appearance of Tesla Model Y sport-utes in cold-weather places, like Minnesota, has some thinking Elon Musk may beat his delivery forecast.

Tesla Inc., by all accounts, enjoyed a stellar year in 2019, achieving new production and sales records while building a new factory in China and bring its battery operations in house.

The California-based EV maker is going reveal just how good a year it was Wednesday with its fourth-quarter and full-year results conference call. While investors and analysts (and journalists) will be interested in the company’s financial performance – will Tesla turn a profit? Quarterly? Annually? – as well as its sales.

However, fans of the EV maker are hoping that during the question-and-answer session that follows the automaker’s comments, it will address the top rumor racing across social media and, in particular, Tesla-focused You Tubers.

Will Tesla beat predictions and deliver its new compact SUV, the Model Y, early. In fact, some speculate that the EV maker plans to start delivering the Performance version of the new ute in February with the other versions to follow in short order.

If the Model Y is coming early, no one told Tesla’s webpage.

A scan of You Tube shows its rife with speculation that Elon Musk is going to miss his forecast for the Model Y by at least six months – the Model Y is slated to arrive in the final quarter of this year – but this time six months to the good.

Checking the company’s website shows that it hasn’t updated the time for when potential buyers can expect to see the first Model Ys delivered. Tesla did not return TheDetroitBureau.com’s attempts to ask about the potential early arrival of the new ute.

What has the internet abuzz? Well, at least one person offered up that they’ve been contacted to arrange a delivery date for their Model Y, which typically doesn’t happen until about four to six weeks out.

(Tesla sales flattened out even before losing federal tax credits)

Additionally, there are steps the company has taken the past, such as receiving its California Air Resource Board certification. With the Model 3 it happened 25 days before the first deliveries of the first production-ready vehicles.

Other indications, according to You Tubers, is the fact that it shows up on the National Highway Traffic Safety Administration’s website, and VINs can be “decoded” for the Model Y on the site as well. “Since VIN numbers are tied specific to individual cars, it seems like they’re 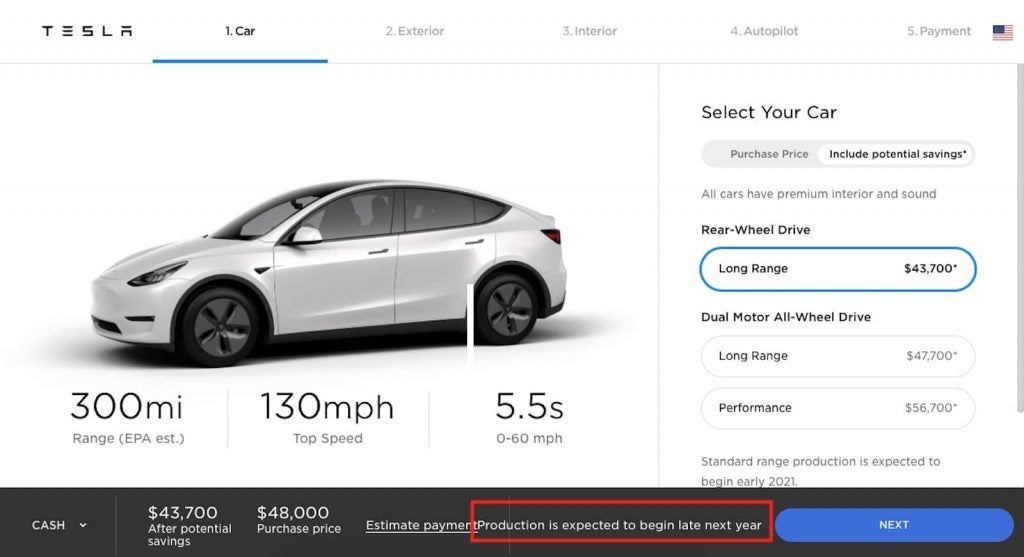 The Tesla configurator might be running on Elon time, as it says vehicles won’t be ready until next year.

producing them already or getting very close to producing them,” said Ryan Shaw, a You Tuber whose videos focus on Tesla.

Shaw isn’t alone. Others have talked about sighting of Model Ys, including accounts of people who were able to sit in the pre-production vehicles, as long as they agreed to not take any pictures. Additionally, Model Ys have been spotted in far-flung locales, such as Minnesota, ostensibly to conduct cold weather testing.

It’s also fair to point out that the Model Y is supposed to borrow components liberally from the Model 3, and production of the sedan – easily Tesla’s best seller – has been motoring along without big hiccups for some time now.

Tesla has not publicly confirmed any changes to the production schedule of the Model Y, but that could all change within the next 36 hours. Then the next questions will hit: What about the Cybertruck?