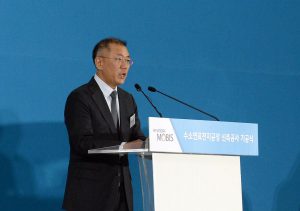 Despite a strong push of new product in North America, South Korean automakers Hyundai Motor and Kia Motors reported their lowest sales results in seven years in 2019 due to poor results in China.

They pair missed their forecast numbers for a fifth consecutive year, but predicted better results for 2020. Hyundai and Kia reported a 3% drop in their combined global sales to 7.19 million vehicles for 2019, falling short of their target to sell 7.6 million vehicles.

Hyundai Motor Group, which encompasses both auto brands, faced a tough year globally last year, but it was led largely by a massive slump in China. The poor showing in the world’s largest automotive market more than offset the improvement in the United States, fueled by the aforementioned influx of sport-utility vehicles. 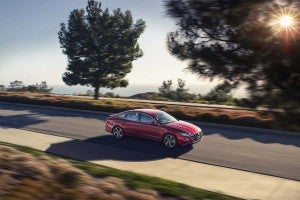 The 2020 Hyundai Sonata is expected to give the company a strong competitor in the midsize segment in the U.S.

Hyundai and Kia expect combined sales to rise 5% to 7.54 million vehicles this year, without elaborating why that would occur, although continued growth in the U.S., led in some measure by a new Sonata midsize sedan and the continued expansion of the Genesis line-up will likely help.

However, not everyone is so optimistic, according to Reuters, which reported Moody’s Investors Services is predicting a 0.9% contraction. Others believe the negative impact of China will be felt again by Hyundai in 2020.

“I think Hyundai Motor’s target may be too aggressive … my guess is that it assumed a recovery in China, but that’s not easy,” Kim Pyung-mo, analyst at DB Financial Investment told Reuters. 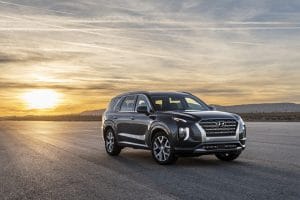 The 2020 Hyundai Palisade debuted near the top of full-size SUV offerings.

“Hyundai underperformed the (China auto) market in November, and it’s too early to say that China’s industrial demand will be seeing a complete recovery.”

Hyundai may be optimistic because it’s new line-up of SUVs have been well received, including the large Palisade SUV, which has garnered several awards, and its Kia sibling, the Telluride, and is about to be supplemented by redesigned SUVs like Hyundai’s Tucson and Kia’s Sorento in 2020.

However, U.S. sales are expected to drop slightly in 2020 from 17 million units, which is what’s expected for 2019, to about 16.7 million or 16.8 million units in 2020. Hyundai and Kia are likely to going to see their fair share of declines. Additionally, European sales are also expected to slide a bit as well, further putting a crimp in Hyundai Motor’s prediction.