GM to Build Cruise Origin, Electric Pickup and  Assortment of Other EVs in Detroit Plant 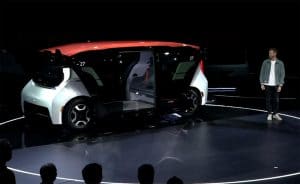 The Cruise Origin has no steering wheel or pedals, room for six and will call San Francisco its home to start.

General Motors President Mark Reuss will make some electrifying news Monday, offering some of the first details about the automaker’s plan to transform the 35-year-old Detroit-Hamtramck Assembly Plant into the manufacturing heart of its battery-car program.

Spokesman Dan Flores confirmed that GM will have a major announcement to make at Monday 9 a.m., though he added, “I can’t comment on speculation” about what Reuss will announce.

That said, several other sources confirmed that what is known locally as the D-Ham plant will produce an array of electrified vehicles, with an emphasis on light trucks and other products. That will include the Origin, the fully driverless robo-cab that Cruise LLC, GM’s San Francisco-based autonomous vehicle subsidiary, unveiled last Monday. An all-electric pickup wearing the Hummer badge is another one of the products expected to be produced at the plant.

GM CEO Mary Barra has repeatedly stressed that the automaker is “on a path to an all-electric future.” Company officials have indicated that there are more than a score of new battery-electric vehicles due to reach global showrooms by 2023. Some will be targeted at individual markets, such as in the U.S. or China, where plug-based vehicles sales are now running around 1 million annually. Others will be sold around the world. 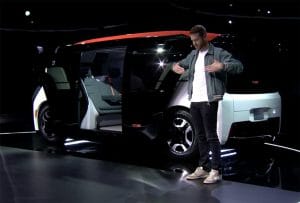 GM’s first long-range BEV is currently being produced at the Orion Assembly Plant, a half-hour north of Detroit, and company officials have confirmed they will be investing in other products for the factory.

But they have even bigger plans for D-Ham, at least based on the contract GM signed with the United Auto Workers union that ended a six-week strike last fall. Among other things, the automaker announced it would spend $3 billion in connection with D-Ham, about a quarter of that to retool the factory, the rest on the new products it will build.

At the end of the Cruise news conference in San Francisco last Monday, the company’s CEO Dan Ammann said details on Origin production would be coming “in days.” Several sources have now confirmed that the driverless shuttle – which will feature neither steering wheel nor pedals – will be assembled at the Detroit plant. The timing is vague, but that could happen by late next year or early 2022.

Even before the Cruise Origin launches, however, GM is expected to start assembling the Hummer pickup at D-Ham. The Hummer name is a corruption of what was, in turn, the nickname for a military transport often abbreviated as the HUMVEE.

GM acquired the rights to the Hummer brand in 1999 but was forced to abandon it in 2010 as part of its post-bankruptcy strategy. There are no plans to relaunch the Hummer brand, however. At least for now, the name will be used solely for GM’s first all-electric pickup. 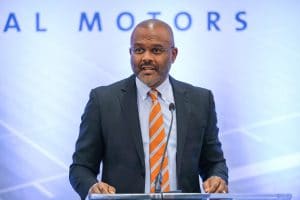 GM is expected to celebrate the return of Hummer during a Super Bowl ad that will feature basketball star Lebron James.

On Friday, the Detroit News published a portion of a letter sent to employees by GM’s global manufacturing chief Gerald Johnson that appears to confirm plans for both those products at D-Ham.

“I am pleased to announce officially that General Motors will be investing $2.2 billion in our all-electric future at the Detroit-Hamtramck plant for electric pickups, SUVs and AVs [autonomous vehicles],” the letter reads. “Electric pickup production will begin in late 2021, creating more than 2,200 U.S Manufacturing jobs.”

It is unclear why Johnson’s letter refers to a price tag of $2.2 billion when GM previously committed to $3 billion in spending related to the plant, located on Detroit north side. It appears that the figure covers product development and not the cost of retooling and upgrading the factory itself.

As to the SUVs Johnson referred to, GM has already confirmed plans to bring out an all-electric Cadillac utility vehicle, while hinting still other utes are in the work. That would reflect the current U.S. market environment in which SUVs and crossovers, or CUVs, now account for nearly two-thirds of new vehicle sales.

The once busy Detroit-Hamtramck plant has been struggling in recent years as demand for passenger cars has declined. It only has two models left after Chevrolet cancelled the Volt plug-in hybrid in April 2019.

Among Detroit automakers, GM has announced the most aggressive electrification program, though Ford and Fiat Chrysler are ramping up their own efforts. Ford, for one, revealed its new Mustang Mach-E during the Los Angeles Auto Show last November. The long-range electric SUV will go on sale this coming autumn. Fiat Chrysler, meanwhile, confirmed it will introduce plug-in hybrid versions of three Jeep models that were unveiled at CES 2020 earlier this month. It plans to follow with more PHEVs and all-electric models. 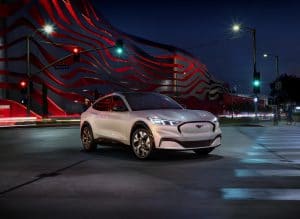 The Mustang Mach-E will be among the many competitors GM will face in the growing EV segment.

The U.S. will see a rapid expansion of BEV and PHEV production over the next several years. Tesla plans to add several new models, including the Model Y SUV, a new Roadster, and its Cybertruck. An assortment of start-ups, such as Lucid, Faraday Future and Detroit based Rivian and Bollinger, are gearing up for production.

And so are numerous imports. Volkswagen, for one, is spending $800 million to add two BEVs at its Chattanooga plant. Volvo just announced plans for a battery factory alongside its Charleston, South Carolina assembly line to support EV production in that city.