Automaker teams with MMSDC on mobility hub in the city.

Fiat Chrysler is partnering the Michigan Minority Supplier Development Council and Plug and Play to bring a new innovation hub to Detroit.

Fiat Chrysler is joining forces with the Michigan Minority Supplier Development Council and Plug and Play, the largest global innovation platform for startups and corporations, to create a new innovation hub in Detroit.

Plug and Play Detroit powered by AmplifyD is expected to be up and running by June, providing easier access to a wide range of technology startup companies, especially women- and minority-owned firms.

“The automotive industry is at the crossroads of digital transformation, where automated driving, connectivity, electrification, and shared mobility are reshaping the future of mobility,” Mark Stewart, chief operating officer, FCA North America, said.

(FCA getting ready to ask court to dismiss GM lawsuit)

“The participation with Plug and Play Detroit powered by AmplifyD accelerates FCA’s approach to research and development, providing immediate streamlined access to an ecosystem of hundreds of technology startups all with an emphasis on diversity, and with greater diversity, comes greater innovation.” 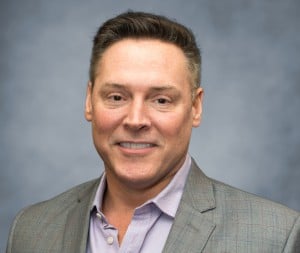 Though FCA and other automakers have worked with other “innovation hubs” in the past, Plug and Play comes to the partnership with a strong platform. Formed in 2006 and headquartered in Silicon Valley, the group has “built accelerator programs, corporate innovation services and an in-house VC to make technological advancement progress faster than ever before.”

Plug and Play has more than 25 locations around the world, providing startups with resources to succeed, resulting in over 10,000 startups and 300 official corporate partners. The organization has helped startups raids more than $7 billion in funding during its lifetime, including some commonly known companies like Dropbox, Lending Club and PayPal.

While FCA is a founding partner in the innovation hub, AmplifyD expects to add additional members, including other automakers. FCA’s support and partnership with MMSDC is consistent with the company’s longstanding, enterprise-wide commitment to diversity, Fiat Chrysler officials noted in a release.

Later this month, Scott Thiele, head of Purchasing and Supply Chain Management, FCA – North America, will assume the helm as MMSDC Board Chairman. The partnership underpins FCA’s approach to the rapid advancement of select technologies through smart and strategic collaborations that promote a culture of innovation and safety.

Plug and Play Detroit powered by AmplifyD will secure space in downtown Detroit for the innovation hub in the first quarter of 2020 with plans to open its doors by June.

“Such resources, in many cases, are not readily available for entrepreneurs, particularly women and minorities. I am excited to partner with Plug and Play, FCA and various other corporations we will announce in the future, to address this need as we grow corporations and entrepreneurs in the process.”