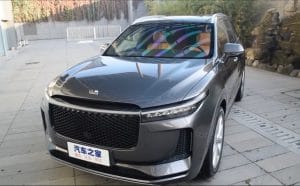 The competition among electric vehicle makers continues to get tougher, especially when it comes to raising funds to keep the company moving forward. A new Chinese EV maker is just the latest company to raise the bar.

Lixiang Automotive filed for a U.S. initial public offering to raise at least $500 million, Reuters reported, making it the latest Chinese company to seek funding in the U.S. with a stock issue.

Also known as CHJ Automotive, the company was founded by Li Xiang, who confidentially filed in December for the IPO, which will take place as early as the first half of 2020, according to two people familiar with the filing, Reuters reported.

The Beijing-based carmaker has been working on the IPO since the summer of last year and Goldman Sachs is leading the deal, said the people. If the IPO happens, Lixiang would be the second Chinese EV maker to secure new funding with a U.S.-based public offering.

Nio was the first, getting $1 billion in 2018. Nio’s struggled since the stock debuted, falling more than 40%. Lixiang’s push comes during a tough time for new stock offerings by Chinese start ups. 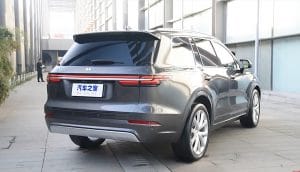 If Lixiang’s IPO happens, it’ll be only the second from from a Chinese EV maker.

(Volvo backs out of IPO due to trade and market conditions)

There has been a great deal of optimism about China’s new energy vehicle market, which include plug-in hybrids and battery-only electric vehicles. It’s the world’s largest EV market. Sales jumped almost 62% in 2018, despite the sales of conventionally powered vehicles falling.

Despite warnings that EV sales could follow the same path, the first half of 2019 defied predictions with strong sales. This perhaps emboldened some companies to push forward with their effort. However, market forces could not be denied and NEV sales have fallen each of the last five months of 2019 are are expected to be down for the full year as a result.

Lixiang has been seeking funding to keep its development apace. Advised by Goldman, the company raised $530 million in its most recent fundraising round last year, Reuters reported.

That round was led by Meituan Dianping chief executive Wang Xing and valued the automaker at $2.93 billion, according to a statement from Source Code Capital, one of its existing investors.