Buyers can save almost $15K on a three-year old vehicle.

There may not be any bigger gap between used car and new car affordability than right now, an Edmunds report says.

Despite new car interest rates hitting a new low for the year in November, some car shoppers are struggling to find a new vehicle they feel like they can afford as prices are still at all-time highs.

However, the latest Used Vehicle Report from Edmunds reveals that buyers can get plenty of vehicle at a big discount in the used car market.

“Shoppers who are priced out of the new car market will likely be very pleasantly surprised by how far their dollars can go if they buy used,” said Ivan Drury, Edmunds senior manager of Insights. 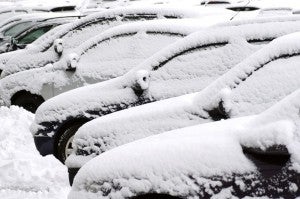 Winter weather isn’t likely to change the fact that used cars are offer buyers a significant advantage over new vehicles.

“Buyers can now find a huge selection of nearly new vehicles that are in excellent condition and packed with options at a very attractive price.”

A rise in the number of popular vehicles, i.e. trucks, sport-utility vehicles and crossovers, coming off lease means that potential buyers have plenty of options from which to choose. In 2019, SUVs and trucks combined will make up 52.6% of lease returns, marking the first time that they will surpass the number of off-lease passenger cars returning to the market, Edmunds noted.

To illustrate how far a used car buyer’s buck will stretch in the current market, Edmunds analysts reveal that $25,000 would limit buyers in the new vehicle market to “mainstream brands, compact cars and subcompact SUVs.” However, that same amount of money goes a lot further, allowing potential buyers to consider luxury brands, compact SUVs and trucks as options. 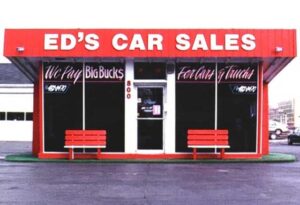 Buying a three-year-old used car can offer a $15K savings over the same model new vehicle.

“Buying used will open buyers up to brands and body styles they would never be able to afford on the new market,” said Drury.

Looking ahead, Edmunds experts note that trend of nearly new vehicles flooding the used market doesn’t have an end in sight, given that 2019 is shaping out to be another high-volume year for retail lease sales.

“As the used market grows increasingly saturated with off-lease vehicles, the price gap between new and used car prices is likely only going to continue to widen,” said Drury.