Sports car gets a little help from Hot Wheels. 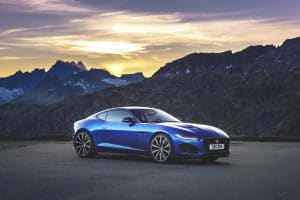 The 2021 Jaguar F-Type will retain its basic shape — and powertrain line-up.

For a brand long known for its striking designs, the Jaguar F-Type has often been called one of the most beautifully styled cars the British marque has ever brought to market, the true spiritual successor to the 1960s-era E-Type.

How to update such an iconic model is never easy, as competitors like BMW and Porsche have learned throughout the years. But those who wondered whether the next version of the Jaguar F-Type might live up to that challenge will now have a chance to judge for themselves.

“Design the most beautiful sports car, with purity, proportion and presence that’s unmistakably Jaguar: that was the challenge we set ourselves,” said Julian Thomas, the brand’s design director. “The new F-Type is more dramatic than ever, with even greater clarity of purpose in every line, surface and feature, and embodies true Jaguar design DNA.” 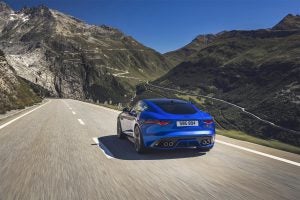 The make over of the 2021 F-Type’s exterior gives it a more sculptural look than its predcessor.

The arrival of the updated sports car does answer at least one key question: confirming that there will be a 2021 F-Type despite the weakening demand for sports cars in a market gone crazy for sport-utility vehicles.

Jaguar is hoping to boost the appeal of the F-Type makeover by not only revisiting its design, but by also adding an array of new safety and infotainment technologies, among other things, including a new, reconfigurable, high-resolution 12.3-inch instrument cluster.

Significantly, Jaguar becomes the latest automaker to allow smartphone-style, over-the-air software updates with the 2021 F-Type – though, for now, they are limited to the latest version of the Touch Pro infotainment system.

Visually, the 2021 model retains the basic shape of the outgoing sports car, with its low nose, flowing roofline and broad tail. But the makeover gives F-Type a more sculptural appearance, with sweeping curves offset by crisp character lines. The wide haunches now take on a more cat-like look, as if ready to pounce. The feline metaphor is accentuated by new, cat-like, slit headlamps and a more aggressive grille.

The F-Type R, which features a 5.0-liter supercharged V-8 making 575 horsepower and 516 pound-feet of torque.

(Jaguar Land Rover Will invest $1.3b to Set Up Battery Car Plant in the UK)

One of the goals of the redesign was to provide ways to further differentiate the various trim and performance levels of the F-Type, from base model to Dynamic to F-Type R, Jaguar officials explained.

“F-Type has always had great proportions and stance, and our latest design is all about enhancing those key Jaguar values. Our aim was to make the car more contemporary, more purposeful, and even more dramatic,” said Adam Hatton, Jaguar’s exterior design director.

Along with the bumpers, Jaguar uses new exhaust designs to differentiate between various powertrain confgurations. 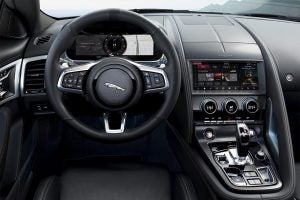 Buyers of the 2021 Jaguar F-Type can choose between a mix of different options there, including four-, six- and eight-cylinder packages. That tops out with the most recent entry to the line-up, the F-Type R, which features a 5.0-liter supercharged V-8 making 575 horsepower and 516 pound-feet of torque. That’s up 25 hp and 14 lb-ft from the outgoing model.

Jaguar – along with partner brand Land Rover – has a history of staging creative product reveals, and the debut of the 2021 is no exception, though this time it’s turning to what might be called an F-Type “mini-me.” The global reveal relied on a set of 1:64-scale Hot Wheel models rolling down a custom-designed 232-metre track, making 25 loop-the-loops and three gravity-defying jumps.

(Jaguar has big plans – and some little ones – for new SUVs)

The Hot Wheels F-Type is now available for model fans. We won’t see the full-size Jaguar make its appearance in U.S. showrooms until early next year.