Dealers Optimistic Despite Dour Forecasts for Auto Sales in 2020 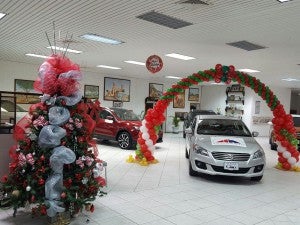 According to the Q4 2019 Cox Automotive Dealer Sentiment Index, U.S. dealers continue to view the current market as negative, with an index score of 47. The slight decrease from Q3’s current market index of 48 was not statistically significant.

The current market sentiment skews more positive for franchised auto dealers, operations that sell both new and used vehicles, compared to independent dealers, those who focus only on used-vehicle sales, the survey reveals, noting that this is the norm.

The gap narrowed this quarter with franchised dealers becoming less positive – decreasing from 56 in Q3 to 51 in Q4 – while independent dealers remain negative at 46, unchanged from Q3.

“Independents are more optimistic about the next 90 days, and that improvement is related to increasing used-vehicle inventory. Franchises have similar positive views of the future as they did at the end 2018. However, dealers remain concerned about the economy as well as the usual seasonal decline that impacts parts of the country more severely than others.”

When it comes to views of the future, franchised and independent dealers become more of the same mind in Q4. Franchised dealers’ sentiment scored 54, down from 57 in Q3, while independents’ sentiment increased from 49 to 51, an improvement that is likely driven by to growing used-vehicle inventory as well as increasing profits.

The overall future index score of 51 in Q4 is better than last year and equal to Q3, signaling a better end to 2019 and sustainable opportunities expected in the used-vehicle market, according to Smoke.

For independents, the used-vehicles sales index in Q4 remained slightly negative at 49, the same score as last quarter and slightly above Q4 2018. Factors influencing a pessimistic view of the current market are the perception of Market Conditions, Competition and Credit Availability for Consumers.

When asked about factors holding back the business, dealers in aggregate remained fairly consistent in Q4, although Economy entered the Top 5 and pushed Expenses to the sixth spot. Market Conditions remained in the top spot as the most cited negative factor for both groups. Competition stayed in second place for both as well.