Companies are rolling back services in Europe too. 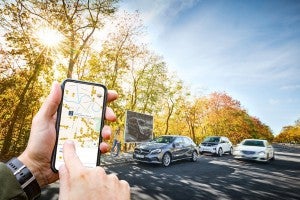 Daimler AG and the BMW Group shutting down their car-sharing joint venture in the U.S. and Canada.

Daimler and BMW are giving up their joint efforts to develop a car-sharing service in the U.S. even as they prepare to launch their new mobility company, “Your Now,” in Europe and other parts of the world.

Share Now, in conjunction with its shareholders at Daimler AG and The BMW Group, has decided to exit the North American market effective Feb. 29, the companies announced in a joint statement.

“This will result in the closure of the following cities in which we currently operate: Montreal, New York, Seattle, Washington D.C. and Vancouver,” the automakers said.

The service in Chicago is slated to end Dec. 31, and throughout the years, it has experimented with the service in several cities across North America, including Columbus, Calgary, Austin, Denver, Portland, Toronto, Minneapolis-St. Paul, San Diego and Miami. 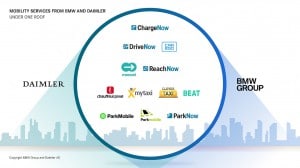 Daimler and BMW’s joint venture aims to provide all of these types of services in the future.

The two automakers described decision was based on two extremely complicated realities. The first being the volatile state of the global mobility landscape, and the second being the rising infrastructure complexities facing North American transportation today and the associated costs needed to sustain operations here.

“While we had remained hopeful that we would be able to come to a solution – especially these last few months – we are ultimately not in a position to commit to the level of investment necessary to make the North American market successful both in the near and long term,” the companies said.

In addition to the North American closures, Share Now will also cease operations in three locations – Florence, London and Brussels – in Europe as a result of low adoption rates. 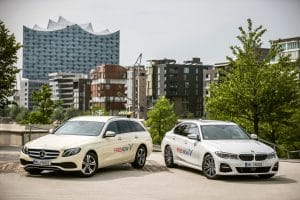 BMW Group und Daimler Mobility AG are cancelling their car-sharing service in other areas too.

“Moving forward, Share Now will focus on our remaining European cities in which we, along with our shareholders, believe show the greatest potential for profitable growth and mobility innovation,” according to the statement.

“We are saddened by this decision and cannot express enough our appreciation for every employee, customer, business partner and city stakeholder who has supported us throughout the years in North America. We offer our sincerest apologies for the inconvenience this decision will cause you when service ends on Feb. 29, 2020.”

Daimler AG launched Car2Go in North America in 2009, using the small Smart cars as a short-term vehicle rental alternative to private car ownership. Most recently it has had problems with an apparent theft of more than 100 Mercedes-Benz vehicles that were part of its fleet in Chicago.