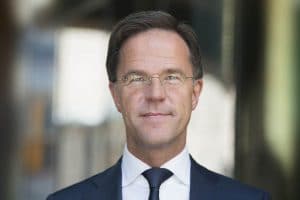 As the U.S. continues to look for places where it can raise the speed limit, thanks to faster and more fuel efficient vehicles, the Netherlands just announced it will cap the country’s speed at 100 kmh, or 62 mph.

In a move reminiscent of the United States’ shift to 55 mph in 1973 to save fuel, the small European country is downshifting to reduce nitrogen pollution. The move is part of a series of emergency actions taken by the government to cut its emissions, Reuters reported.

“It’s a rotten step to take, nobody likes it, but this serves a greater interest,” Prime Minister Mark Rutte said on Wednesday. “It’s needed to make sure the Netherlands doesn’t get locked down and to prevent jobs from being lost unnecessarily.”

Rutte’s government has been working to develop a plan to address the issue since May when a court ordered thousands of construction projects be delayed because the Netherlands has been exceeding European Union limits on nitrogen emissions for years, Reuters noted.

As a result, nearly 18,000 construction projects, including highways, airports, wind farms and others, have been put on hold as the government gets a handle on emissions. The moves aren’t just limited to machines either.

The emergency actions also require changes to the amount of protein in animal feed, which will help reduce the nitrogen-bearing ammonia in livestock urine. The Netherlands nitrogen output is four times higher, per capita, than the European Union average. Agriculture accounts for 6 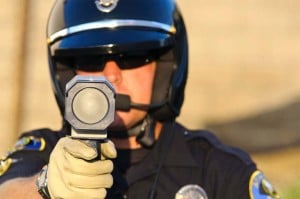 Drivers in the Netherlands may endure this scene for some time in the future as the country is lowering its top speed limit to 100 kmh or 62 mph.

1% of those emissions, Reuters noted.

During the past few years, the government granted exceptions to builders and farmers to promised to offset their impact on nature reserves after they completed their individual projects. That is no longer possible, Rutte noted.

The impact isn’t just on how cows are fed or houses are built. Shutting down or changing those things will have an economic impact. The Dutch research institute EIB has said construction output is set to fall by around 8% by 2021, with 40,000 jobs at risk.

Adding to the angst surrounding the measures is an ominous note from Rutte, who noted that more actions may need to be taken in the near future and further announcements are possible. There has been no timeframe offered for how long speed limit reduction will be in effect.

The U.S. endured the lower speed limit of 55 mph from 1973 until 1995, when the law was repealed and control of how fast one can drive was returned to the states. The highest speed limit in the U.S. is currently 80 mph, and that is the law in several Western states.

(Volvo to limit speed of all future models to 112 mph)

Airborne nitrogen emissions in the form of nitrogen oxides (NOx) come primarily from cars, trucks and the heavy diesel-powered utility vehicles used in construction. Nitrogen in soil or groundwater is usually in the form of nitrates, found in agricultural fertilizers, manure and sewage, and can cause unsightly and damaging algal blooms in waterways.