The resignations of former UAW executives Gary Jones, left, and Vance Pearson are leaving openings that could change the face of the executive board.

The scandal that engulfed the UAW has now created new openings on the union’s executive board.

Last week, Gary Jones resigned as the union’s president. Jones resignation came after the executive board, headed by acting UAW President Rory Gamble, announced it was filing charges against Jones and Pearson. The internal charges filed by the union against Pearson and Jones accused both of misconduct and embezzlement.

However, Pearson’s resignation of his membership means the union will drop the effort to expel him, Rothenberg said. Jones has not resigned his union membership, so charges against him remain intact. 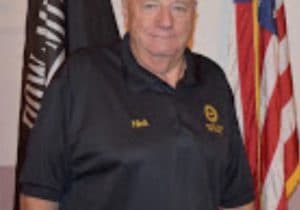 Edward “Nick” Robinson, an aide to UAW Gary Jones, is the 12th union official charged in the investigation.

The charges filed by the UAW against Pearson parallel the charges filed by federal prosecutors in Detroit. In an affidavit filed with the criminal complaint, an investigator for the U.S. Department of Labor said that Pearson used legitimate union conferences to disguise the rental of expensive accommodations at resorts in San Diego and Palm Springs, California.

The investigators also found questionable expenditures for pricey liquor and cigars as well as golf equipment and rounds of golf at courses in Southern California such as Del Mar and Torrey Pines, according to the affidavit from Andrew Donohue, an investigator from the Labor Department’s Detroit Field Office.

FBI agents also found $30,000 in cash in the garage that was attached to his Jones suburban Detroit home. The money was linked to the embezzlement scheme, according to papers filed in federal court.

The UAW’s board is expected to meet soon to select a new president and Gamble is the odds-on favorite to fill the position. But Gamble’s elevation also could leave an opening for a new vice president, who would most likely come from the ranks of the union’s regional directors.

Rory Gamble’s expected ascension to the presidency of the UAW will leave an opening at the union’s Ford department.

However, the scandal has created new pressure within the UAW to open its internal politics to new faces, opinions and perspectives and loosen the tight grip of the so-called “Administration Caucus,” which has run the union for years. Jones was the surprise choice of the caucus in 2018 despite his low profile and lack of bargaining or organizing experience.

Pearson’s resignation from the union’s top post in the western United States and the fact another key official from Region 5, Edward “Nick” Robinson, has been charged with embezzling union funds by federal prosecutors, could lead to an open race for that post that could slip beyond the control of the caucus for the first time in years.

Delegates to the region’s convention would include a mix of graduate students from the University of California and other universities on the west coast and auto workers from GM and Ford plants in Missouri and Kansas.