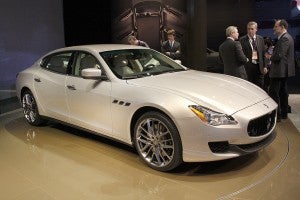 The Maserati Quattroporte saw the biggest drop in value during the five-year test run.

The threat of depreciation has always been one of the great killers of the buzz around new vehicles for practical minded buyers and the improving quality, reliability and durability really has not changed the equation much.

Currently the average new car loses 49.6 % of its value after five years of ownership, according to the latest study by the website iSeeCars.

On balance, the new cars that retain the most value after five years are SUVs, trucks, and sports cars; while electric vehicles and luxury sedans depreciate the most, the survey said. 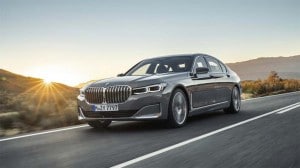 BMW’s flagship model, the 7 Series, is also one of the top vehicles hurt by depreciation.

Nonetheless, some vehicles and brands hang on to their value better than others, iSeeCars reports in its new study. They depreciate at a slower rate, on average, than other vehicles. Other vehicles, however, tend to depreciate more quickly than other models in the survey.

One of the findings from the iSeeCars survey is that the SUVs with the highest depreciation are exclusively luxury vehicles with the exception of the GMC Yukon XL.

(Miami Auto Show Gives Floridians a Look at the 2020 Models)

The study also show that some high hand luxury models were got badly dented by depreciation after five years.

The Jeep Wrangler holds its value better than any other mainstream vehicle, according to a new study.

The Acura RLX, For Fusion Energy, BMW 6 series, Jaguar XJL and Chevrolet Volt rounded out the list of cars from iSeeCars that lost more than 68% of their value.