The UAW plans to withdraw its lawsuit trying keep the Lordstown plant open, if the new contract is ratified.

The United Auto Workers plans to withdraw the federal lawsuit it filed in a bid to block the shutdown of the General Motors Co. assembly plant in Lordstown, Ohio, if the union’s new tentative labor agreement with GM is ratified this week.

The final tallies on the ratification vote will be counted on the afternoon of Friday, Oct. 25, union officials said this weekend. Meanwhile, local union officers began the process of selling the contract to members.

In many cases, the ratification meeting will be left to members of the union staff.

Meanwhile, the cost of the monthlong dispute continues to grow as GM assembly plants and warehouses that feed replacement parts to dealers remain closed, pending the ratification vote. The shutdown already has cost GM an estimated $2 billion and the losses will grow this week since GM has been forced to shut down production of the new Chevrolet Blazer at the Ramos Arizpe, Mexico. 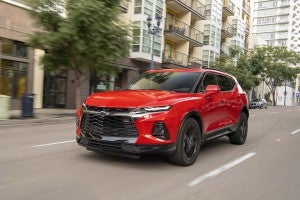 The strike claimed another plant as a victim, the Chevy Blazer, as the Ramos Arizpe plant in Mexico shut down due to a parts shortage.

A GM spokesman said in an e-mail the plant was closed due to parts shortages.

The tentative agreement will clear the way for GM to move ahead with plans to shut down the assembly plant in Lordstown, Ohio. The union filed a federal lawsuit in an attempt to block the closing. The lawsuit is rendered moot by the tentative agreement, and will be withdrawn, according to sources familiar with the agreement.

GM announced in late 2018 it wouldn’t allocate future products to the plant. The automaker has been in discussions to sell the facility to Lordstown Motors, an affiliate of fledgling electric-truck maker Workhorse Group Inc. While the UAW fought for GM to keep the factory in the fold, it basically settled for an all-new battery plant that will be built nearby and run through a joint venture.

The battery plant could create as many as 1,000 new jobs.

But workers at the Lordstown battery factory will be paid less than what vehicle assemblers make, people familiar with the arrangement said. They’ll be compensated under a separate agreement from the master contract UAW members are expected to vote on in the coming weeks, one person said.

While its leadership was deliberating, the union released a summary of the four-year contract on its website. It includes offers of $11,000 ratification bonuses for senior workers, $60,000 early retirement buyouts for up to 2,060 employees and annual raises and lump-sum payouts.

Meanwhile, a former director of communications criticized the tentative agreement in a post on her account on Facebook. Social media is expected to play a major role in the fight.

Strikers aren’t guaranteed to pass this proposed contract. There has been significant pushback from the rank-and-file on several parts of the deal..

“The details are fuzzy about the contract, but I believe this to be true,” said Michele Martin, a former UAW organizer, who served as the union’s principal spokesman from 2010 to 2014.

“After beating the war drum for months and ginning up UAW members for a strike and calling the members out for a 5 weeks strike, the UAW came back with a contract that is crushing for the future job security of autoworkers in the U.S. The contract permits the offshoring of all small car production and agrees to the dismissal of lawsuits that were fighting to stop the closing of 4 plants slated to close. 3 of those plants will close under this agreement. More plants are likely to close during this contract,” she said.

Though the UAW is claiming they did away with the two-tier system, there are still at least 5 different wage structures for production workers. New temps hired will still work as temps at $16.67 an hour for two years before they are hired as permanent workers and start in the wage progression, not even reaching $20 an hour by the end of this contract.

The UAW lacks transparency, not freely sharing all of the contract documents workers need to make fully informed decisions about their futures.

The $11,000 signing bonus and raises are designed to entice legacy and in-progression workers to vote for the contract, but I believe workers know it’s not good for their futures, voting to stay out on strike until the vote of the membership is conducted.

The issues with corruption in the tops ranks of the UAW are overwhelming and distract from getting workers the contract and job security they deserve,” Martin added.