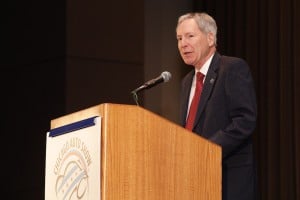 Subaru’s Tom Doll noted the end of the company’s consecutive months of sales increases, which ended at 93.

One of the automotive industry’s more impressive streaks has come to an end: Subaru’s run of consecutive months of increasing sales ended with September’s decline at 93 months.

The Japanese automaker reported a 9.4% decline last month. It was a difficult month for the industry in general with most companies reporting sales drops due to fewer sales days and the Labor Day sales being pulled forward into August.

While the end of the streak may be disappointing, Subaru of America CEO Thomas Doll took the long view of the situation.

“2019 is already turning out to be another record year for Subaru thanks to the excellent efforts of our retailers,” Doll said.

“Due to the rapid sell-down of the last generation Legacy and Outback models, our yearly, month-over-month sales streak of 93 consecutive months came to an end in September. We look forward to robust sales in October and are on target to achieve our 700,000-vehicle sales goal for 2019, marking 12 consecutive years of sales increases.”

Subaru’s been on an impressive run since the last time it posted a decline, November 2011, when it sold 17,657 vehicles, a drop of 15% from November 2010, according to Automotive News. Since then, the company’s overall sales have increased dramatically, and it’s expanded its product line-up. 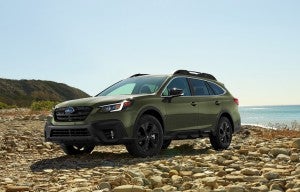 The 2020 Subaru Outback kept the automaker’s consistent sales increases chugging along, but all good things must end.

For perspective, Subaru sold 18,428 Outbacks in July 2019 alone compared with the 17,600-plus vehicles it sold total during the last month it had a decline, the publication noted.

Year to date, Subaru has sold a record 525,329 vehicles, up 4.4% compared with the same period last year despite a tightening market. The company did have some good news during the month of September, selling its 10-millionth vehicle in the U.S. to a family in Utah.

“It took us 41 years to achieve our first five million sales, and just over 10 years to achieve the next five million,” Doll said. “Accomplishing this milestone reflects our commitment to providing customers with vehicles made to the highest standards of safety, reliability and dependability.”