Reuss Gets Expanded Role; Overseeing All of GM’s Regional Operations 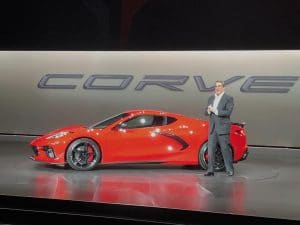 Reuss continues to report to Chairman and CEO Mary Barra.

“Our industry is transforming faster than at any time in its history,” said Barra. “Aligning our regional operations under Mark will drive even greater collaboration and speed-to-market, and accelerate growth opportunities in our core business and in the future of mobility.”

In addition to Reuss getting more to do, Doug Parks, vice president of Autonomous and Electric Vehicle Programs, is being promoted to executive vice president, Global Product Development, Purchasing and Supply Chain. He will report to Reuss and join the company’s Senior Leadership Team. The appointments take effect Nov. 1. 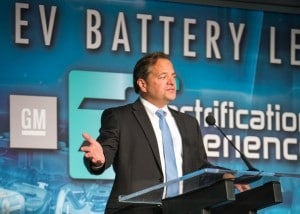 Doug Parks has been promoted to the role of executive vice president, Global Product Development, Purchasing and Supply Chain.

“I am thrilled to be able to hand over the keys to our Global Product Development, Purchasing and Supply chain team to someone as talented and dedicated as Doug, who has been instrumental in leading the development of our electric and autonomous vehicle programs,” Reuss said. “He has an outstanding team in place that will keep this company moving forward.”

Parks has been in his current position since 2016. Previously, he had been vice president for global product programs. He has held a variety of engineering leadership positions since joining General Motors in 1984.

“I am honored to lead our Global Product Development, Purchasing and Supply Chain team, and look forward to continuing the momentum already established by Mark and our exceptional lineup of vehicles.”

Also reporting to Reuss are:

Through the addition of new roles, Reuss continues to burnish his legacy at the company. He already had big shoes to fill as his father, Lloyd, was GM President in the turbulent early 1990s. After joining GM in 1983, Mark Reuss worked his way through a variety of different roles, both on the business side and in product development. He spent several years running GM’s Australian unit, Holden, though that also meant he had to turn the key to shut down manufacturing operations “Down Under” earlier this decade. 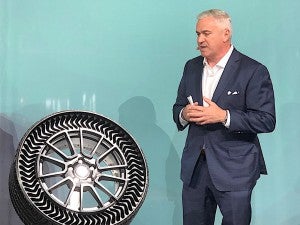 In 2001, Reuss was appointed head of the new GM performance division, giving him the opportunity oversee development of a variety of vehicles, including the Chevrolet Corvette, as well as the reborn Chevy Camaro. For the man who has said he was born with gasoline in his veins, it was an ideal appointment and at just the right time, positioning him for bigger and better roles.

Coming out of the company’s bankruptcy, Reuss landed a plum support role as head of GM’s critical North American Operations. It was a period of massive transformation, positioning him to be considered to take the job as CEO when Dan Akerson decided to relinquish that role a few years later.

The post went to Barra, but he got a major consolation prize, heading global product development – a job that frequently lets him shed his suit and tie for racing gear, and, ultimately, leading him to the post he currently holds.