If not EU-wide, country wants individual countries to push for a ban. 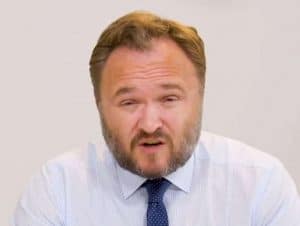 Danish Environmental Minister Dan Jorgensen called for an EU-wide ban on gas- and diesel-powered cars by 2040. Ten other countries supported the move.

For years now, several European cities have been forcing gas- and diesel-powered vehicles out of city centers, or at least announcing plans to do so. Paris, London and others have been leading the charge on cleaning city and reducing carbon emissions.

Now, the movement is growing beyond cities with Denmark’s proposal calling for an ban on diesel- and gas-powered cars within the European Union by 2040. The proposal, made during a meeting the union’s environmental ministers in Luxembourg, has the support of 10 other countries.

“We need to acknowledge that we are in a bit of a hurry,” Danish Climate and Energy Minister Dan Jorgensen told Reuters after the meeting.

The EU wants to cut carbon emissions by 40% by 2030 with the ultimate goal to reduce them to zero by 2050 to help stop global warming. Eliminating cars powered by internal combustion engines will go a long way toward meeting that goal.

Jorgensen told Reuters the diesel- and gasoline-powered car ban will hopefully put pressure on the Commission to propose a phasing out of fossil fuel-powered vehicles in the bloc in the coming two decades.

Denmark making the proposal shouldn’t come as any real surprise as the country announced a year ago that it would ban the sale of all fossil fuel-powered cars by 2030. However, it had to shelve the plant because it would violate EU rules.

An EU-wide ban certainly resolves that issue; however, Jorgensen said if the EU could not agree on a union-wi 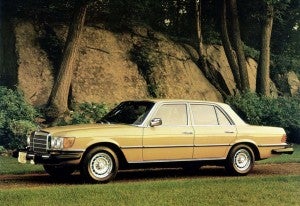 Mercedes diesels were wildly popular in the 1970s and ’80s, but they are finding fewer places to call home these days.

de ban, it would be good if individual countries were allowed to implement such a measure.

“Plan A would be to make it a European ban,” he said.

Jorgensen believes it’s critical to communicate the bloc’s long-term policy directions to automakers to allow them time to adjust their vehicle development plans and production infrastructure to meet the goal. Denmark’s next step was to set up an alliance with the 10 member states that support its proposal, Reuters reported.

The move away from fossil fuel-powered vehicles wouldn’t be too difficult for some countries. Denmark, the Netherlenads, Norway and a few others already skew heavily toward electric vehicles. Other countries, such as Germany, have been exploring those possibilities.

(Germany, Home of the Autobahn, Could be the Next to Phase-Out Internal Combustion Engine)