The new NAFTA or the United States Mexico Canada Agreement as it is called by Trump administration is up for consideration but Democrats and leaders from organized labor say they have major reservations about the agreement highly touted by the President and critical to the U.S. auto industry.

The president targeted AFL-CIO president Richard Trumka via twitter, essentially calling him two-faced, after Trumka said that unions were not ready to back the president’s “unenforceable” replacement for the North American Free Trade Agreement.

“An unenforceable trade deal is a windfall for corporations and a disaster for workers,” Trumka said Sunday of the proposed United States Mexico Canada Agreement,” Trumka said during a television interview on Sunday, irritating Trump who has vowed rewrite NAFTA almost since his first day in office.

Trumka is scheduled to meet with Mexican President Andrés Manuel López Obrador to discuss significant shortcomings in the proposed new NAFTA’s labor and enforcement provisions. The Mexican Congress has already approved USMCA and series of labor law reforms that were part of USMCA package. 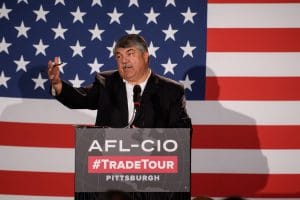 Rep. Debbie Dingell (D-Michigan), however, said the changes proposed by the administration simply don’t protect American workers. Instead the administration’s re-write of NAFTA perpetuates some of worst aspects of original agreement often attacked by the president, she said during an interview at annual Labor Day parade.

Jim Hoffa, president of the International Brotherhood of Teamsters and a long-time critic of the original NAFTA, said the labor provisions of the USMCA negotiated by the Trump administration would be difficult to police or enforce because “the Mexicans don’t have an enforcement mechanism,” Hoffa told thedetroitbureau.com.

Rep. Andy Levin (D-Michigan), another USMCA skeptic, noted that Mexico has thousands of separate labor contracts, perhaps as many as 700,000, but little enforcement capacity to enforce the new laws approved by the Mexican Congress last winter.

In fact, López Obrador has been attempting to reduce the size of the government as part of his emphasis on austerity, Levin noted, leaving little room for building up the kind of mechanism needed to enforce the proposed treaty, which calls for some basic changes such as regular union meetings where members can confront officers and votes to ratify any new contracts.

Experts have said the prevailing labor practices in Mexico are for the major union organization, CTM, to simply impose a contract on workers without any kind of ratification. The CTM is considered on the key supporters of PRI, the pollical party that has long been a powerful in Mexican politics for decades.

López Obrador handily defeated the PRI-backed contest for the Mexican presidency in the summer of 2018. But the PRI, with its long-standing industrial power, which emphasize the need for low wages to compete on global economy, continues to hold power at the state and local level in across Mexico. 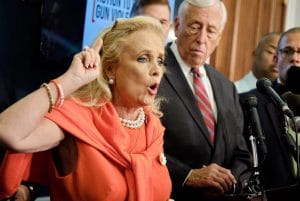 In fact, the federal courts have ruled in several cases already has ruled in favor of CTM’s challenges to Mexico new labor law, Levin noted.

As it stands, the USMCA is going to have to revised, Levin said. Otherwise, low wages in sectors such as automobiles, automotive parts, electronics, aerospace and industrial baking will continue to draw jobs into Mexico from the United States, said Levin.

“We will not permit a new NAFTA that will allow the low wage structure in these sectors in remain the reality in Mexico,” Levin said.

Automakers are eager to see the USMCA adopted because if it dies it could open the door for Trump to slap tariffs on cars and trucks built in Mexico, which could raise the price of many new vehicles sold in the U.S., leading to a sharp reduction in sales.

NAFTA also has allowed for the creation of a continent-wide supply chain that has made the North American auto industry more competitive internationally.