BMW, Toyota also shutting down plants in Britain due to Brexit. 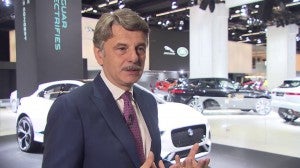 Jaguar Land Rover CEO Ralf Speth said the company would conduct a one-week shutdown of its plants in Great Britain to prepare for Brexit..

Jaguar Land Rover plans to shut down production at its plants in Great Britain for a week in November, following the example of two other automakers, as it plans for the impact of Brexit.

BMW and Toyota have already announced plans to shut down their plants for a week as Britain hurtles toward a no-deal Brexit that Prime Minister Boris Johnson has promised will happen on Oct. 31.

Shutting down the plans will help ensure that JLR will have enough components in the pipeline, ensuring a continuous build process. CEO Ralf Speth said the four plants will shut down the first week of November.

(Jaguar Land Rover Will invest $1.3b to Set Up Battery Car Plant in the UK)

“We cannot think about it, we just have to do it,” Speth said at the opening of a new advanced product creation center in Gaydon, England. “I need 20 million parts a day and that means I have to make commitments to my suppliers, I have to have every and each part available and I have to have it just in time,” he said.

Japanese carmarker Toyota said in August it’ll shut down for a week its British factory on Nov. 1, while BMW is taking less time off, halting production at its Oxford plant on Oct. 31 and Nov. 1. Honda is shutting down its plant permanently, resulting 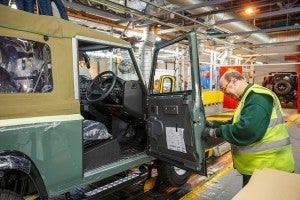 Jaguar Land Rover is cutting about 1,000 workers later this year as diesel sales have declined.

Johnson continues to say he will take Britain out of the EU, with or without an exit deal, on Oct. 31. However, it’s not clear if that’s just rhetoric aimed at pushing the European Union back to the table to renegotiate some terms, which it has maintained it will not do, or if Brexit will be delayed, put back to a referendum or even cancelled.

In addition to the shutdowns, Speth said JLR would also change shift patterns at its Halewood factory near Liverpool leading to a cut in output due to the “cyclical challenge” facing the car industry, which has prompted profit warnings and forecast cuts at a number of firms, Reuters reported.

While the company enjoyed rapid expansion in foreign markets, but like most automakers, it’s been hit hard by the slowdown in China sales. The backlash against diesels has also crimped the luxury automaker’s sales, especially in Europe.

The company has offered up some good news in recent weeks, announcing plans to invest about 1 billion British pounds, or $1.25 billion, to produce a range of new all-electric models at its Castle Bromwich plant in the British midlands.