New role calls for him to improve coordination of operations across region. 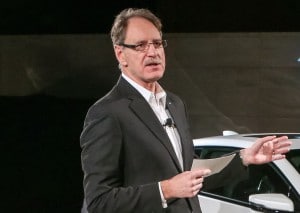 De Nysschen, who will start Oct. 1, reports to Scott Keogh, head of Volkswagen Group of America. The new post is a homecoming of sorts for him as he spent 20 years with the VW Group before taking roles with Infiniti and later Cadillac.

“This industry, and this brand, are at a transformative moment,” Keogh said in a statement. “Johan will help make us faster, better and smarter. He’ll speed our decision-making and dive deep into our day-to-day business so we can continue to make this brand matter again.”

(Brand Boss de Nysschen Out in Shake Up at Cadillac)

In the role of COO, he’s expected smooth out communication issues among the company’s senior executives as well as improve coordination among VW’s operations in North America. The current regional structure was established in 2016 to push down decision-making responsibility to the teams closest to the business units.

As mentioned, De Nysschen, 59, brings more than 20 years with the Volkswagen Group where he led Audi to success in markets including South Africa, Japan and the U.S.

“I’m looking forward to rejoining a Group and leader I know well and admire,” he said. “This is a great opportunity to play an important role at a company of this scale at a fascinating time.” 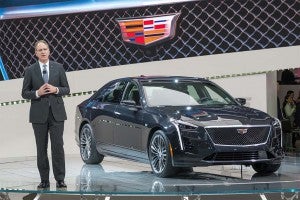 With extensive experience in the global luxury car market, he seemed the right choice for Cadillac, which was looking to expand its sales, which meant taking on the leaders in the segment: Mercedes-Benz, BMW and Lexus.

When he arrived in Detroit in 2014, de Nysschen laid out broad plans for Cadillac’s revival. That ranged from additions to its product portfolio to the controversial decision to move Caddy from Detroit to New York City to give it more distance from the parent company and put it at the center of one of the country’s biggest luxury car markets.

But in the weeks leading up to his firing, several sources suggested senior GM management was growingly increasingly concerned about Caddy’s weak performance in its home market. Sales were struggling despite an influx of new vehicles to the portfolio that were critically well received.

(Volkswagen Gets a New Look — and a New Sound)