Baby Boomers are the Best Drivers — Just Ask Them

Boomers engage in the behaviors they notice so much in other drivers. 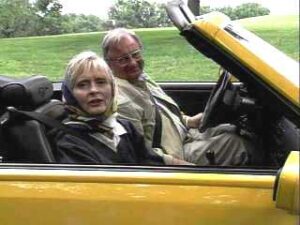 Baby Boomers are more likely to point out the bad behavior of other drivers.

That old guy who lives down the street not only wants youngsters to get off his lawn, he’d like them off the streets as well, according to a new study.

Liberty Mutual Insurance found that 77% of all drivers say the biggest distraction on the road is other drivers’ behaviors behind the wheel, but the biggest complainers about other drivers: Baby Boomers. Eighty-nine percent of Boomers are distracted by the behavior of other drivers.

However, Baby Boomers are not free from guilt. They are more likely – 92% – to point out that others are using their phones behind the wheel more often than they do. And they are correct. The study revealed that 86% of millennials admitted to using their phones while driving and 72% of Gen Xers have done the same.

But, about half of Baby Boomers, 49%, also use their phones while driving. Some of the things they do on the phone while in the car include:

“The influence of the global tech culture is more evident now than ever before as drivers increasingly feel the need to glance, check or interact with their phone while driving,” said Mike Sample, MS, CSP, lead driving safety expert & technical consultant at Liberty Mutual.

“However, using your phone behind the wheel does not get less risky the more you do it. You’re still putting yo

Millennials are more likely to own up to poor behavior on the roads than their older counterparts..

urself and other drivers on the road at risk of having an accident.”

Again, Boomers are not immune to any of the aforementioned behaviors as 22% admit to driving aggressively, 37% admit to multi-tasking; and 69% admit to speeding. Overall, 81% of U.S. respondents say other drivers use their phone more often behind the wheel than they do.

There is also a significant generational gap when looking at dangerous driving behaviors. Millennials are much more likely to own up to poor driving behavior than their elder counterparts.

In the U.S., 47% of millennials admitted to driving aggressively. A majority 63% of millennials also multi-task behind the wheel, including eating or applying makeup, compared to only 54% of Generation X and 37% of Boomers.