Renault Could Try to Woo Back Fiat Chrysler

FCA CEO Manley says his company is open for a partnership – but could go it alone.

Nissan has raised the possibility that it now would be open to a merger between alliance partner Renault and Fiat Chrysler Automobiles, according to a new report, but whether FCA would be willing to revive talks with the French automaker is far from certain.

In May, the Euro-American automaker proposed a “merger of equals” with Renault, but the deal collapsed barely a month later, largely because of pressure from the French government. Renault’s largest shareholder, government officials were worried such a deal could break up the 20-year-old Renault-Nissan-Mitsubishi Alliance.

But Nissan now appears to be dangling the possibility that it would be open to a merger, reported the Wall Street Journal, if Renault reduces the 43.4% stake it holds in the Japanese company. Separately, FCA CEO Mike Manley said he would “be open and interested” in a good merger opportunity, though he also stressed the automaker has a “solid future and clear plans,” even if it continues operating on its own.

The proposed meger between Renault and FCA seemed solid as board members from the French company started to meet in Paris two months ago. But as the session stretched into its second day, it became clear there was trouble. After board members representing the French government demanded a delay, FCA withdrew its offer. It subsequently became clear that the snag was opposition to the deal by Nissan.

Now, however, as Renault and Nissan try to repair damage to their alliance initially triggered by the arrest, last November, of former alliance chief Carlos Ghosn, the Japanese automaker is pushing its French partner to cut its 43.4% stake, holdings that have given Renault significant say in Nissan operations. In return, the Journal reports, citing internal e-mails, Nissan could drop its objections to the FCA merger proposal.

But whether Fiat Chrysler would come back with another bid is anything but certain. 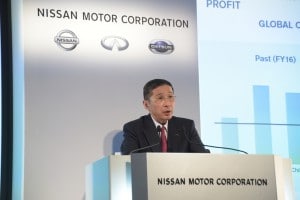 Nissan officials have expressed some interest in reviving FCA-Renault merger talks if Renault would reduce its stake in Nissan,

“Strategically, we have a solid future and clear plans that are being invested in and are underway now,” FCA CEO Manley told reporters. “That isn’t to say if there is a better future through an alliance or partnership or merger we wouldn’t be open and interested to it.”

As to whether Renault remains the primary partner FCA would pursue, Manley said, “To say are they the only opportunity, the answer to that question would be a definitive ‘No,’”

FCA has been looking for merger opportunities almost from the moment it was formed, nearly a decade ago. Founding CEO Sergio Marchionne approached a number of potential partners before his unexpected death a year ago, including General Motors and Volkswagen, only to be rejected. Manley, his successor, announced the surprise, $35 billion merger proposal with Renault in May, and the proposal won generally strong support from industry analysts who saw a good fit.

For one thing, FCA is strong in the U.S. market where Renault has no presence. The French company, meanwhile, has done significant work in the fields of autonomous and electric vehicle research, areas where Fiat Chrysler lags.

If FCA does decide to keep pursuing a tie-up with another automaker a variety of options still exist, according to industry analysts. These include some of the Chinese automakers who would like to expand beyond their home market – though such a deal could prove politically difficult at a time when the U.S. and China are involved in an escalating trade war.

Another possibility would be to push for a broader relationship with France’s other major automaker, the PSA Group. The two companies already have a commercial vehicle partnership and had explored broader opportunities. But when the subject of a merger was rebuffed, insiders told TheDetroitBureau.com FCA decided to turn to Renault.

At a meeting in Italy in June 2018 where it announced its next five-year plan, CEO Marchionne said he saw it possible for FCA to continue operating on its own, a position that Manley has echoed, despite the aborted Renault plan. 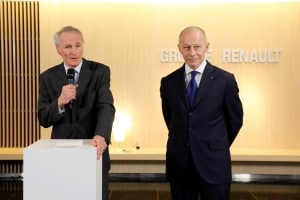 Renault officials haven’t offered any input about the possibility of renewing merger talks with FCA.

But the company does have some serious work ahead of it, analysts caution. Most of the challenges surround FCA’s European brands which have been struggling in the U.S. There has been speculation the Fiat brand could pull out of the market entirely if sales don’t pick up. But the company’s American brands, especially Jeep and Ram, are riding the wave of strong demand for light trucks, something that helped the carmaker exceed second-quarter earnings forecasts.

The big challenge is in Europe, Manley said. It needs to better utilize the Jeep brand while also updating the aged Fiat brand line-up, dealing with problems at Maserati and Fiat and then introducing new hybrid and electric products. While battery-based vehicles are still a niche on the continent, demand is soaring and regulators are taking steps that could turn them into a more mainstream part of the market.

(FCA Lays Out Plan for “Transformative Merger” with Groups Renault)