GM Trimming Back Production and Other Automakers Expected to Follow

Manufacturers struggle to keep inventory in line with demand, heading off inventory bulges and incentive wars. 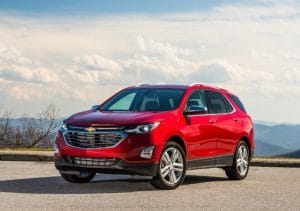 Slow sales of the Chevrolet Equinox have General Motors trimming back production of the SUV.

General Motors is trimming production at two of its North American truck plants as the automaker tries to cope with declining sales in the U.S. and overseas markets.

GM’s move primarily targets the Chevrolet Equinox, but also impacts two other SUV models, the GMC Terrain and Chevrolet Trax. The largest of the Detroit automakers isn’t alone. In recent months, a number of automakers have taken steps to trim production to keep inventories more in line with demand. The cuts come at a time when U.S. car sales have been slowing for only the second time since the industry emerged from the Great Recession almost a decade ago.

Many of the moves have targeted the passenger car side of the business as the U.S. market continues an ongoing shift to SUVs, CUVs and pickups. Honda confirmed this week it is reducing production of its Accord and Civic models at its Marysville, Ohio plant. But GM’s decision to target three SUVs, following a move last month by Ford to trim output of three of its own utility vehicles at a Canadian factory, show that even light trucks aren’t immune in the current environment.

“While people are talking about fabulous SUV sales, the market is getting saturated with them and inventories are building while incentives are growing,” said Michelle Krebs, executive analyst with Autotrader.com.

GM plans to drop one of the three crews working at its San Luis Potosi plant in Mexico, spokesman Dan Flores confirmed. The factory produces the Equinox, GMC Terrain and Chevrolet Trax SUVs. In addition, a factory in Ingersoll, Ontario, that solely produces the Equinox will be idled for one week during late September. 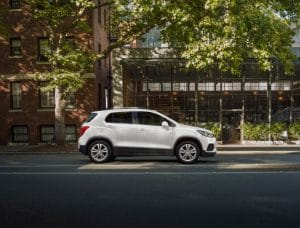 The Chevrolet Trax is also seeing a production cut.

The cuts come even though U.S. sales of the Equinox actually rose 110.3% in July compared to year-ago numbers, noted Flores, and set a record for the second quarter. But since the Mexican and Canadian plants also export the SUV, GM decided to cut production to account for declining sales abroad.

That said, Flores said the automaker us “focused on profitable sales and (we) want to do things that that make good business sense. We’re committed to running the business in a responsible manner,” he said, noting that CEO Mary Barra has said on numerous occasions that GM won’t repeat a key mistake made in the run-up to the Great Recession. Rather than trimming production to meet demand, it relied on increasingly hefty incentives that ultimately ran up its losses and contributed to its eventual bankruptcy.

That’s a position echoed by Ford which cited a “long-standing practice of matching production with consumer demand” for its decision to rein in production of the Ford Flex, Ford Edge, Lincoln MKT and Lincoln Nautilus models. About 200 workers will be idled at its Oakville, Ontario plant next month.

Automakers have been working to stay ahead of any major downturn. GM announced last November that it would close assembly plants in Ohio, Michigan and Ontario producing slow-selling passenger car lines like the Chevrolet Cruze. It has been facing heavy political pressure to keep those plants working, especially one in Lordstown, Ohio that has become a focus for President Donald Trump.

The fate of the Ohio and Michigan lines, along with two other parts facilities, are expected to be a key issue during the recently launched contract talks between GM and the United Auto Workers Union. 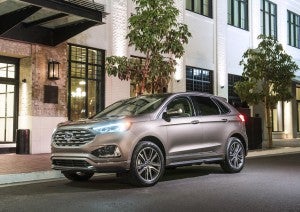 “As all the vehicle manufacturers look to maintain discipline going into the softening of the market, we’ll see more temp adjustments so they don’t hit the wall and need to make longer-term reductions, said David Andrea, a principal with Detroit consultancy Plante Moran.

While manufacturers are keeping a close eye on inventory and incentive levels and trimming production where necessary, there are some bright spots. GM, for example, is adding a second shift later this year at its Bowling Green, Kentucky plant as it launches production of the next-generation Corvette. And it is boosting production of its Chevy Silverado and GMC Sierra pickups. Fiat Chrysler is flat out building its Ram truck, as well.

But analysts like Krebs point to growing incentives on the truck side as a warning sign that even pickup production could be vulnerable if the U.S. market continues to slow down.