Former Nissan Chairman Carlos Ghosn issued a video in April in which he accused Nissan officials of staging a coup against him. But prosecutors have continued to expand the scope of corruption charges.

Carlos Ghosn, the former Nissan Motor Co., boss, reportedly ran an investment operation in Silicon Valley, along with his son, using millions of dollars illegally funneled through one of the automaker’s affiliates in Oman.

The largely secret venture, first disclosed by the Wall Street Journal, adds new questions to those raised by Ghosn’s arrest last November on corruption charges. Initially, the 66-year-old executive was accused of concealing millions of dollars in income. But the WSJ report, along with other claims by Nissan and Japanese prosecutors, suggest the alleged corruption was far more extensive than first believed.

It had previously been reported that the 66-year-old executive may have improperly diverted money from Nissan to a Mideast associate. The journal report points to Divyendu Kumar, the managing director of Nissan’s distributor in Muscat, Oman, Suhail Bahwan Automobiles.

Starting in 2012, the Indian national received millions of dollars in incentives, much of it from a discretionary fund Ghosn controlled when he was serving as Nissan CEO.

Three years later, Ghosn and his son, Anthony, set up a fund in Delaware, Shogun Investments, focusing on Silicon Valley. Around the same time, one of Ghosn’s attorneys set up another fund, Good Faith Investments, in Lebanon, the executive’s ancestral home. Kumar was the only source of funding for Good Faith, according to documents reviewed by the Journal. In all, he invested about $44 million by the time he last transferred funds to the start-ups account in September 2018. 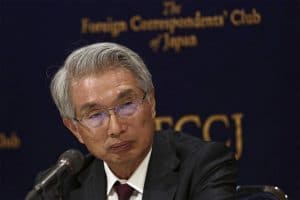 Known as “the Razor,” Ghosn attorney Junichiro Hironaka, hopes to win a rare acquittal when the Ghosn case finally goes to court.

(The executive shake-up at Nissan continues with departure of Infiniti’s styling chief. Click Here for the latest.)

Money from Good Faith was then transferred to Shogun Investments, funds used for several projects in Silicon Valley, including an Asian ride-sharing start-up. Ghosn was directly involved in the operation of Shogun, according to the WSJ report.

It also quotes “people familiar with Nissan’s investigation” who contend Ghosn led the automaker to make “inappropriate deals with his friends or acquaintances in several Mideast countries and India.”

Despite the possibility that funds were improperly diverted to some of those friends and business associates, neither Kumar nor anyone else linked to the report have been charged with crimes, at least so far.

A spokesman for Ghosn told the paper that all of Ghosn’s investment efforts were kept secret, something described as “normal, expected and proper.”

The WSJ report raises questions about where millions of dollars used by a Silicon Valley investment company run by Ghosn and son Anthony came from.

Another spokesperson declared that “Mr. Ghosn is innocent and will be vindicated if given a fair trial,” while asserting that both Nissan and prosecutors have tried to “sully his reputation through leaked fabrications, falsehoods and misrepresentations.”

While Ghosn currently faces criminal charges only in Japan, French authorities have confirmed they are also looking into possible wrongdoing involving Ghosn’s work as CEO of Renault, Nissan’s alliance partner.

The executive spent four months in the Tokyo Detention Center following his arrest last November upon arriving at Haneda Airport. He has since been freed on bond but faces strict limits on his movements and activities. Among other things, he has limited access to the Internet and can have only minimal contact with his wife, prosecutors alleging he could otherwise make efforts to cover up evidence and obstruct justice.

A number of industry observers, as well as some Japanese media, have questioned the reasoning behind Ghosn’s arrest. As TheDetroitBureau.com previously reported, some critics have alleged that the case centers around Nissan’s desire to reduce the influence of Renault, which holds a controlling stake in the Japanese automaker. It remains to be seen if the latest report about the Silicon Valley investment fund might change such perceptions.