Game on Sunday, Sell on Monday? 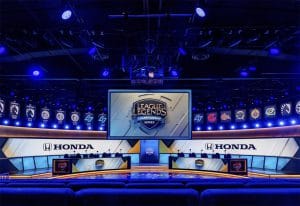 Honda’s partnership with the League of Legends gets underway this weekend at the playoffs in LA.

When 16-year-old Kyle Giersdorf took the $3 million grand prize in the first Fortnite World Cup late last month, it sent a clear message that videogames are entering the big leagues.

But that’s something that the folks at Honda Motor Co. already was well aware of, the Japanese automaker making a major bid to appeal to gamers as a way to attract the young, first-time buyers who traditionally helped prop up the brand. On Thursday, the carmaker was named the exclusive automotive partner of the League of Legends Championship Series.

“Through this partnership with the LCS, Honda will continue to forge a strong connection with the next-generation of car buyers,” who often prefer esports to regular sports, said Phil Hruska, Manager of Media Strategy at American Honda. “We understand the passion of esports fans and how strongly they support the gaming community, and Honda is fully vested in creating one-of-a-kind, unforgettable experiences for gamers as we launch the next phase of Honda’s endeavor in esports and gaming.”

Automakers have long had an affinity for sports, whether advertising at stadiums and on TV or even paying for stadium naming rights. Motor sports, to no surprise, have been a big target of their attention. Honda, for one thing, is one of the two engine suppliers for the IndyCar series.

When it comes to racing, it’s long been an industry adage, “Win on Sunday, Sell on Monday.” The question is whether that will prove true when it comes to videogaming.

What’s clear is that Honda wants to reach out to the newest generation of first-time car buyers, those who may not be as excited by motor sports or other marketing efforts that had worked for prior generations. 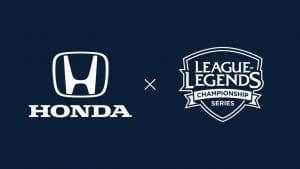 The tie-up signals the rapid growth and influence of esports — and the potential to influence first-time car buyers..

Honda is by no means the only automaker targeting videogamers. With the race simulator Gran Turismo the highest-selling game ever developed for the Sony PlayStation, a veritable Who’s-Who of automakers have designed cars of their own to be included in the software. Some are based on real-world products, others unique to the fantasy world.

But gaming has made some major changes in recent years, moving out of the family basement and into the big time. Ohio State University, one of the country’s college sports powerhouses, recently announced plans for what was described as “a first-of-its-kind comprehensive esports program. Based out of a new, 80-seat facility, it will offer, “undergraduate and graduate degrees; an elective course in esports content production; online certification programs for specialized credentials; and a gaming speaker series.”

Not to be outdone, Comcast’s Spectacor unit which, among other things, owns the Philadelphia Flyers, is setting up a $50 million stadium in that city. It will serve, primarily, as an esports complex.

The question is whether esports will eventually come to rival conventional leagues like the National Football League and Major League Baseball in terms of turning out paying spectators. For the moment, corporate sponsorships tend to be a dominant form of revenue for organizations like Riot Games which owns the League of Legends.

“We really try to find brands that are investing in this space, and don’t just see esports as checking a box,” Matthew Archambault, Riot’s North American head of esports partnerships and business development told the Bloomberg news service. “Honda is looking to invest, commit resources and go into storytelling.”

“Through this partnership…Honda will continue to forge a strong connection with the next-generation of car buyers.”

One of the potential advantages of tying in with esports is that videogaming has developed an international fan base, allowing a manufacturer to target potential young buyers all over the world. Only a handful of conventional sports come close, primarily what Americans call soccer and the rest of the world knows as football.

This isn’t Honda’s first time entering the world of esports. It already sponsored one of the League of Legends’ powerhouses, Team Liquid.

(Honda slashing Accord, Civic production. Click Here to learn why.) 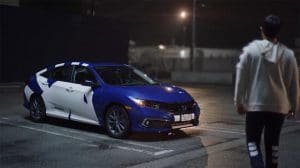 A scene from a Honda ad targeting esports fans.

The expanded alliance with Riot Sports will get going over the weekend with the League’s Summer Split playoffs in Los Angeles, and will be followed, they announced in a statement, by the League finals  in Detroit, Michigan later this month.

“Outside of playoff and finals coverage, Honda and Riot’s partnership elements include sponsorship of the League MVP, the LCS Scouting Grounds (the premiere tournament for up and coming League of Legends players), access to scarce advertising inventory live on LCS game days, and custom content highlighting the imagination and determination of the League’s top athletes,” they added, with the new partners also working on a behind-the-scenes documentary series.

There could be a potential problem in the offing. Following the latest series of mass shootings in El Paso and Dayton, a number of Republican leaders have pointed to videogames as a possible source of trouble.

“I’m not speaking on behalf of Riot as a whole, but I don’t believe there have been any credible studies that have linked video games to bad behavior,” Archambault said.

But shooter games, and esports in general, could wind up in an unpleasant spotlight in the months ahead if lawmakers on Capitol Hill decide to pursue their claims.

(Latest version of BMW M5 made its debut in videogame form. Click Here for more.)