New boss arrives during a tough period for the automaker. 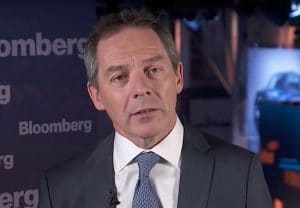 Steven Armstrong is moving from Ford Europe to Changan Ford in China.

Ford Motor Co.’s push to turn around its operations in China got another bump when the company named Steven Armstrong president of its Changan Ford joint venture in China.

Formerly the head of Ford Europe, Armstrong is taking over for Nigel Harris, who plans to retire at the end of the year after more than 30 years with the company. Armstrong starts Oct. 1.

“His deep understanding of Ford and the automotive industry and keen ability to build productive relationships with partners and employees around the globe will serve us well as we drive Ford’s growth in China.”

Armstrong assumes his new role during a difficult time for Ford China. The company’s sales dropped 37% in 2018. The primary driver for the slide was a dearth of new vehicles, but as part of Ford’s reboot of its business plan for the world’s largest auto market – dubbed Ford China 2.0 – that will change. 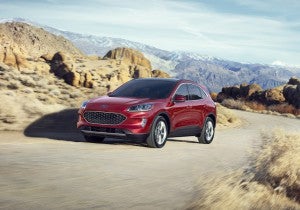 The new 2020 Ford Escape will be a key vehicle in the attempt to turn around sales in China as part of Ford China 2.0..

During the next three years, Ford expects to launch more than 30 new models in China. Officials call it their “330 Plan.” Of those, more than a third will be electric vehicles as the automaker looks to take advantage of the government’s desire, and EV-friendly policies, to have more battery-electric vehicles on the country’s roads.

As part of the debut of the new product plan, Ford rolled out the all-new Escape. With Escape joining the Ford Territory and Ford Kuga, the company has China’s popular midsize SUV market segments covered, officials noted.

While Ford struggled through a difficult 2018, the company’s first quarter wasn’t any better, when sales fell 35.8%. However, the company rolled out its new plan in April and since then there has been improvement. Ford’s sales fell just 21.7% in the second quarter. Auto sales in China are down overall for the year.

Part of the improvement is due to the first few new vehicles coming out, but the company has also been proactive about the company’s structure.

Ford China 2.0 comprises five key plans and four centers of competence to accelerate the redesign of its business and sharpen its focus on the Chinese market. 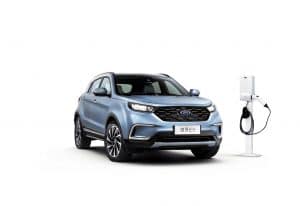 The new Territory EV will be Ford’s first all-electric model in China.

“By injecting even more Chinese DNA and know-how into the business, and combining it with Ford’s global technology and resources, we will be able to respond faster to market changes and develop more efficient market strategies,” said Anning Chen, president and CEO of Ford China, whom Armstrong reports to.

“We are confident that with this business transformation, we will grow in our understanding of Chinese consumers, enabling us to launch more competitive vehicles and services at ‘China speed.’”