Transmission has been the subject of some media scrutiny. 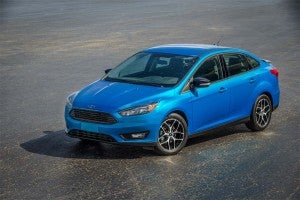 Ford Motor Co. plans to extend the warranty on clutch and related hardware for 560,000 Focus and Fiesta models.

The move comes after reports of problems with the six-speed transmission on 2014–2016 model year versions of the cars in the United States and Canada. The automaker will reimburse any repair charges to owners of the affected cars and offer other owners another chance to get a software update to fix the issue.

“Ford understands and regrets that many customers have been inconvenienced and frustrated by the performance of the DPS6 transmission,” said Dave Filipe, vice president of powertrain engineering at Ford.

“Earning and keeping the trust of customers is vital to everything we do. That is why Ford and its dealers have gone to great lengths to improve the performance of the transmission. Today, as part of these continuing efforts, Ford is taking the initiative to announce two additional customer-satisfaction actions. 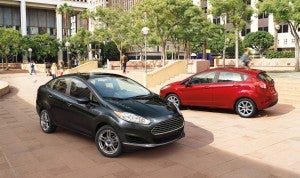 “First, we are extending the warranty on clutch and related hardware in certain 2014–2016 model-year vehicles and will reimburse customers for repairs that now would have been covered. Second, we are providing the small remaining population of owners who have not already done so an additional chance to get an important software update.

“While these vehicles always were and remain safe to drive, we regret the inconvenience our customers have experienced.”

The transmissions have been the subject of some controversy. Some media reports have suggested that the automaker ignored problems with the transmissions since their introduction in 2010, noting more than 50 complaints filed by owners. The company has vehemently and repeatedly denied that the transmissions are unsafe and other issues in the reports.

The announcement means warranty coverage for these vehicles is the same that has been in place since July 2014 for older Focus and Fiesta cars, Reuters reported.

The National Highway Traffic Safety Administration said Wednesday it “has reviewed recent complaints and other data associated with” the customer satisfaction campaigns announced by Ford intended to address reports involving shuddering and loss of power.

“Based on a review of this information, and other information including severity and frequency, NHTSA has not found evidence of an unreasonable risk to safety,” the agency said adding it “will continue to monitor complaints and other data, maintain communication with Ford, and take action as necessary.” 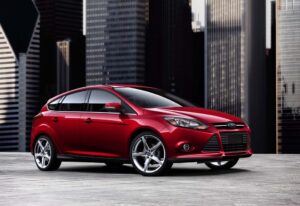 The 2012 Ford Focus is one of hundreds of thousands of vehicles that were part of a class-action lawsuit.

Ford settled a class-action lawsuit over the transmissions and agreed to pay owners of 2011–2016 Ford Fiesta or 2012–2016 Ford Focus vehicles up to $2,325 to compensate them for prior repair costs and other provisions. That settlement is pending until a federal appeals court decides whether to uphold it.

Affected customers will get a personalized letter from Ford.  Focus and Fiesta customers with questions can contact a special customer-assistance hotline (833-805-3673) or their local Ford dealer, or visit Owner.Ford.com and use their Vehicle Identification Number for information on available updates for their vehicles.